Two new Deacons were ordained in Connor Diocese at a service in All Saints’ Parish Church, Antrim, on Thursday 24th August 2017. The new Deacons are –

Ian Mills, who was ordained for the Internship in the parish of St John the Baptist, Agherton.

Heather Cooke, who was ordained for the Internship in the parishes of St Michael, St Stephen and St Luke, Belfast. 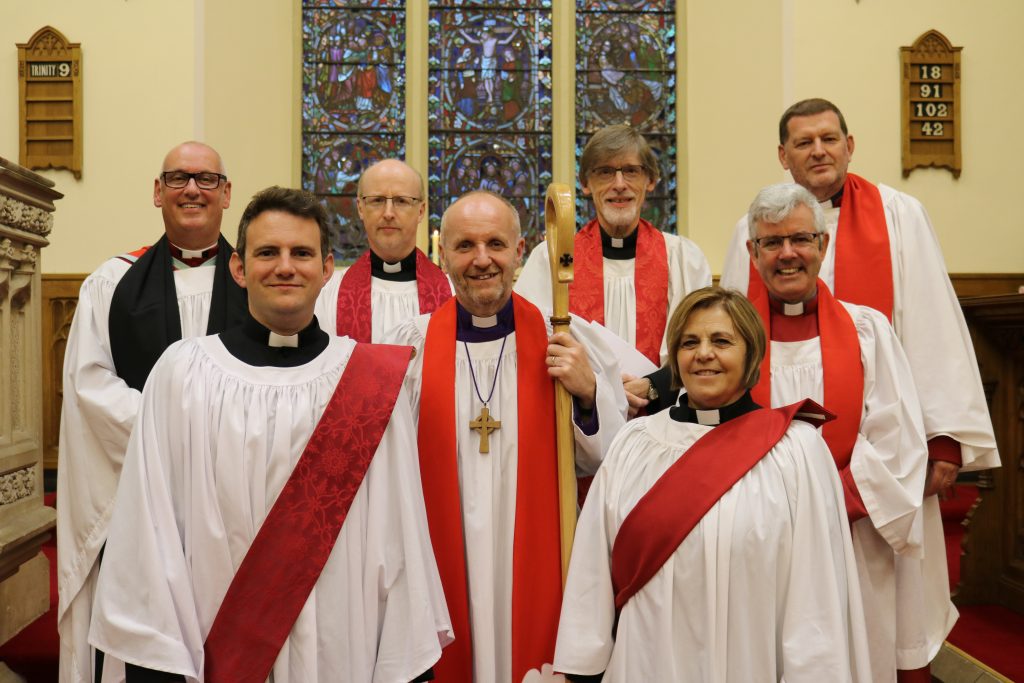 Ian grew up in Derry where he was a Chorister in St Columb’s Cathedral. He has a PhD in Music from Queen’s University, Belfast. Before studying at the Church of Ireland Theological Institute he was Organist and Master of the Choristers in Derry Cathedral. He also worked as a freelance recitalist and accompanist. Ian taught in St Malachy’s College and Methodist College, Belfast.

Heather is originally from Carnmoney, Newtownabbey, and now lives in Carrickfergus. Her home parish is St Brigid’s, Mallusk. A former primary school teacher, Heather is married to Edwin, and they have four children.

Ian and Heather were ordained Deacons by the Bishop of Connor, the Rt Rev Alan Abernethy. Preacher at the service was the Ven Dr Stephen McBride, Archdeacon of Connor and vicar of Antrim.

Read more news about the Church of Ireland Diocese of Connor on their website here.