Popular Pastor Billy Jones leaves Ballee Baptist Church having served there for the last eleven years. He will take up his first solo ‘charge’ at Dunseverick Baptist, near the Giant’s Causeway at the start of September 2016.
Waringstown native Billy has been working as Assistant to Pastor Laurence Kennedy since August 2005. Previously, he and his wife, Agnes, who was from the Whitesides Road near Ballymena, spent time on the mission field in Brazil. 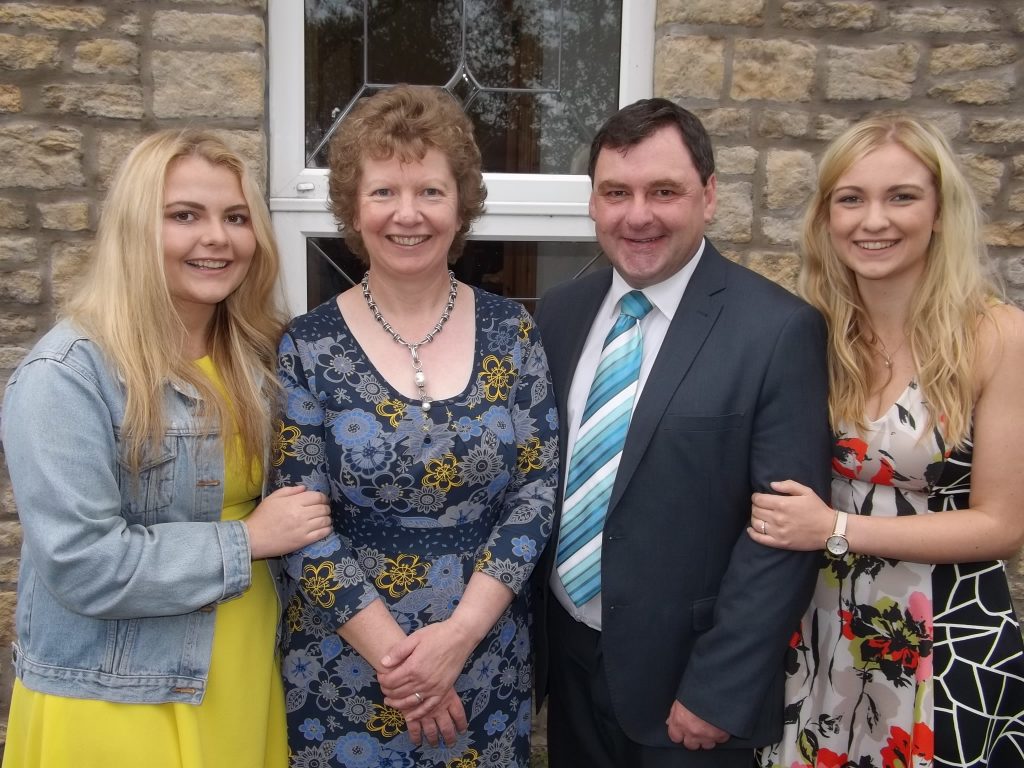 He says: “I would like to thank Pastor Kennedy and the Elders, oversight and members of Ballee Baptist Church for their prayerful support and encouragement of my ministry during my time in the Church, also I’ve been blessed to have made many friendships within the wider community in the Ballymena area.”
Billy adds: “People ask me: “Will you be sad when you leave” and I can truly say “Yes” because I have formed many friendships and even though they will continue it will be in a different way of course. I have thoroughly enjoyed my 11 years in Ballymena. It is a town that has been receptive to the Word of God and I have been truly blessed. Our girls, Sarah and Rebekah, have gone to school here. Firstly, in Fourtowns PS, Ahoghill and latterly Ballymena Academy. Even there amongst teaching staff I have enjoyed any role and contact I have had in the schools.”
Understandably, Billy finds it difficult to pick out one particular highlight from his time in Ballymena. He has enjoyed times of mission and outreach.
The 51-year-old notes: “The Church isn’t about Pastors, it is about the Lord and God’s people. I must say that in Ballee Baptist and indeed the wider town I have met Christians and have enjoyed rich times of fellowship. I have enjoyed sharing my faith and encouraging others as they also have encouraged me.”
And, Billy is quick to pay tribute to his colleague, Pastor Laurence Kennedy, saying: “We have worked together in harness and in unity and in Christian fellowship and love since day one. My hope and my prayer is that even though I am moving on that the same level of friendship and spiritual fellowship will continue on. It has been an absolute joy and I have learned an awful lot with Laurence and through him during these years.”
Although Billy has enjoyed is time in Ballee, both he and his wife, Agnes felt that the Lord was calling them to pastures new.
This was confirmed to them as they read together the words of Acts 16, verses 9 ‘And a vision appeared to Paul in the night; There stood a man of Macedonia, and prayed him, saying, ‘Come over into Macedonia, and help us.’
And after he had seen the vision, immediately he endeavoured to go into Macedonia, assuredly gathering that the Lord had called us for to preach the gospel unto them.’

Dunseverick Baptist Church is located in a rural location, although it draws people from the neighbouring towns of Bushmills on one side and Ballycastle on the other.
Just last month, members of the fellowship held a mission in a potato barn, which was well attended by the farming community.
Looking forward to the challenge that lies ahead, Billy remarks: “I have already met with the elders and oversight and their expectation is that God is going to do a great work in that fellowship and that area. Also, I have a Church in Dunseverick that will enjoy preaching and the teaching of the Word of God as well.”

Pastor Billy Jones leaves Ballee Baptist to take up a new chapter in his ministry at Dunseverick Baptist on the north coast.

You can find out more about Ballee Baptist Church here and Dunseverick Baptist here.

Can You Help Life-line Ministries Work In Kenya

Spark 2016 Teams Out And About In Ballymena