Ruth Cooke, Ireland Director of the International Justice Mission, (IJM) has written the following article which highlights the injustice and violence suffered by many. The article also highlights the upcoming visit of IJM’s human rights advocate Benson Shamala to Northern Ireland from 12th – 14th May.

Murders that sparked a movement:

Human Rights advocate Benson Shamala visits NI to share his experience of battling police brutality in Kenya and slavery of children in Ghana.

Samuel’s wife remembers standing in a waiting area of the police station and hearing her husband’s screams. Other men in the jail cell have shared that they could see the senior officer on duty brutally beating Samuel with a metal rod, pounding Samuel with his fists, and even using a large barrel filled with water to simulate drowning.

Samuel had been arrested earlier that day. By the next morning, he had slipped into a coma from which he never woke up.

The station commander framed another prisoner for Samuel’s murder and continued life as normal. He expected to get away with this horrific crime.

Benson Shamala, Deputy Field Office Director of human rights organisation International Justice Mission (IJM) Kenya, leads a team that fights police brutality. Under his leadership, the long process of uncovering this abuse of power, freeing the falsely accused man who had been framed, and proving what really happened came to a culmination in this senior police officer’s conviction – in a landmark case.

Benson is to visit Northern Ireland from 12th to 14th May 2019 to share his first-hand experiences of holding abusers of power to account as he’s tackled human rights abuses like police abuse of power and child slavery, and he will be speaking about how his faith in Jesus and the God of justice drives him to keep fighting.

In many places, police not only fail to protect civilians from violence, but they are the violent predators themselves. In communities throughout the world the police can detain suspects in jail with virtually no evidence. In these circumstances, it is easy for corrupt officers to frame those living in poverty, who have no power to defend themselves.

IJM Kenya represents hundreds of men and women who are charged and jailed for the simple misfortune of crossing the path of a corrupt police officer. The experiences of IJM’s clients are widely shared. According to Kenya’s Independent Policing Oversight Authority, in nearly two out of every three felony cases, police never gathered enough evidence to charge an alleged offender.

Since 2001, IJM’s office in Kenya has been working to combat police abuse of power against those living in poverty, as well as sexual assault of children. Benson has also played an instrumental role in setting up an IJM field office to combat child trafficking in Ghana, where he developed a robust programme for caring for rescued children. He will also be sharing IJM’s approach to aftercare for survivors of modern-day slavery whilst he visits Northern Ireland.

Many believe that slavery no longer exists, but the shocking reality is that there are over 40 million people in slavery today – that’s more than in the entire 200 years of the transatlantic slave trade put together. 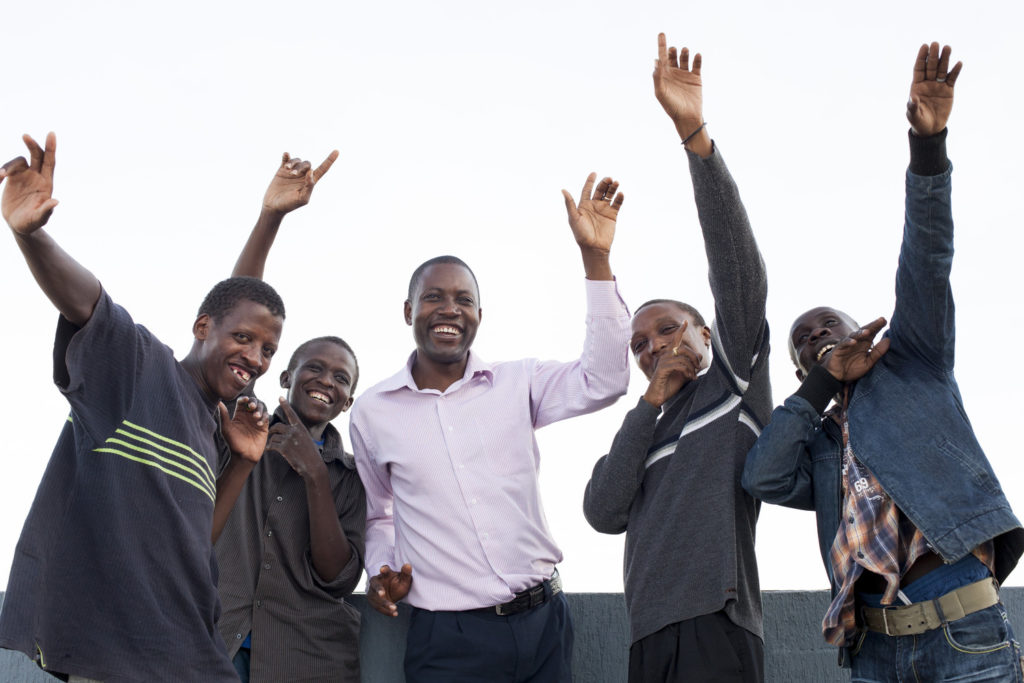 Globally IJM has helped rescue more than 49,000 people from violence, slavery and oppression and the global team has spent more than 20 years on the front lines fighting some of the worst forms of violence: land theft, slavery, police abuse of power, online sexual exploitation of children and child sexual assault.

IJM’s Kenyan team alone has freed 256 women and men from illegal detention, and three police officers have been convicted for violent crimes. The most recent conviction in December 2018 shows the tide turning against police corruption – when Samuel’s murderer was convicted, it was the first time in Kenyan history that a senior police officer has been convicted of murder. The victim’s lawyer in this case, Edward Mbanya, said of the conviction that ‘the justice system has shown Kenya there is accountability and that the law works for all rich and poor alike and applies to all irrespective of status, rank or belief.’

For more information about IJM and ways that you or your church can combat slavery and injustice, visit our website here or get in touch directly with ruth.cooke@ijmuk.org. We’d love you to join the fight!

If you are an IJM supporter and would like to know more about Benson Shamala’s visit to NI, please email ruth.cooke@ijmuk.org who will be able to give you the relevant details.