Everyone at The Church Page was saddened by the recent death of Mary Steele MBE. She spent over 50 years on the mission field with the Wycliffe Bible Translators in Ghana. 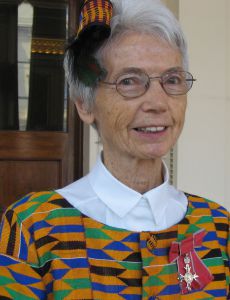 Mary, who hailed originally from Craigs, near Cullybackey, passed away on Wednesday 20th December 2017. A Service of Thanksgiving for her life and work was held at Killymurris Presbyterian Church on Friday 22nd December 2017.

Joe Boyd, who met Mary on several occasions and interviewed her twice, has penned the following reflection on her work, life and witness.

‘Mary’s overseas service began in 1956 when she went to work as a nurse in a ‘mission hospital’ in South Africa. During that that time, she became aware that many people did not have a translation of the Bible in their own language. On her return to the UK, Mary went to study at Bible College in Glasgow where some of her fellow students were candidates for Wycliffe.
Impressed by the work of this particular organisation, Mary undertook some Greek and Hebrew Studies in addition to her other college work before applying to Wycliffe and being accepted as a member in 1959. A little further training in Linguistics and Translation followed before Mary headed to Ghana, West Africa. Here she would spend the rest of her life doing what she loved for the people and Lord she served so faithfully. 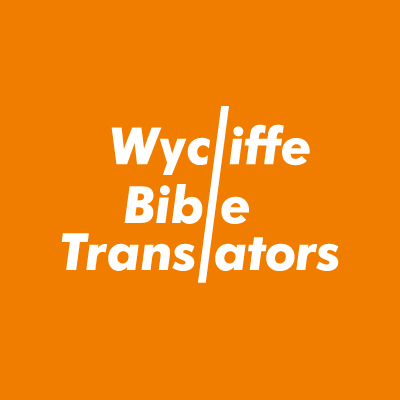 Over a 40-year period, Mary completed two full translations of God’s Word in the Konkomba and Bimoba languages. Given that this required the creation of an alphabet in both languages, it was certainly no easy task! But Mary’s enthusiasm for her work never faltered.
During my first interview with her in 2004, she told me: “I have had a wonderful life! If I had my time over again I would do exactly the same thing.”

Mary continued to work as a translation consultant for Wycliffe until her retirement in December 2014. After this the President of Ghana appointed her to the Order of Volta, a national order of merit. She added this to her MBE for Services to Bible Translation which she received in 2006.

Mary Steele was a woman of great intellect and kindness. She would never pass me on the street and always remembered my name. What a privilege.

However, as I write this my mind is drawn back to a thank-you card she sent me after I reported the award of her MBE in the Ballymena Times. It read: “Dear Joe, thank you for your article about my work with Wycliffe. It was very well written; only I felt uneasy about all that praise! I believe that all the glory belongs to God alone. Many blessings, Mary Steele.”

Surely God has taken delight in telling his woman of great humility and faith: ‘Well done, good and faithful servant! You have been faithful with a few things; I will put you in charge of many things. Come and share your master’s happiness!’ (Matthew 25:23)’

‘When my wife Ruth and I joined Wycliffe Bible Translators in 1989, Mary Steele was already a legend for newbies like us. Later in my Wycliffe UK role, I met her many times and was always impressed by her commitment to helping Ghanaian colleagues translate the Bible into their languages; her devotion to God; and her humility. It was a surprise and a great privilege when Mary asked me to be one of her guests – along with her niece Linda Farncombe and Justin Frempong, director of the Ghanaian Institute of Linguistics, Literacy and Bible Translation (GILLBT) – when she went to Buckingham Palace to receive her MBE from Queen Elizabeth. It was a great day! I believe that protocol demands that one politely answers any questions the Queen might ask, but not initiate anything oneself. However Mary told us afterwards that having confirmed the Queen’s questions about her work in Ghana, she then made sure that the Queen knew how many people groups in the world were still waiting for Bible translation into their languages. I guess that summed up our “Queen Mary” and her passion for her work.’