The Presbyterian Church plans Reformation 500 events as the 500th anniversary of the Reformation approaches.

PCI, the largest Protestant denomination in Northern Ireland, is to hold a special celebration of this pivotal moment in European and church history on three consecutive nights in three different locations across Ireland. Entitled ‘Faith at the Crossroads: Rediscovering the Reformation’, the public events will take place in Dublin, Londonderry and Belfast. 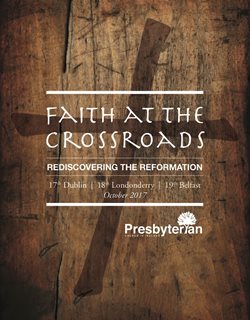 Presbyterian Moderator, Rt Rev Dr Noble McNeely explained that each of the special worship services were open to all. They will celebrate the Reformation’s impact, legacy and enduring importance, both locally and globally. Musicians from New Irish Arts and an international speaker will also take part.

“As a Church and as Presbyterians, we have a rich heritage that comes directly out of the Reformation and the reformed, or Protestant tradition. While this in itself is one significant reason to mark what Martin Luther did in 1517, there are also deeper and more profound reasons to give thanks,” Dr McNeely said.

“For at the heart of what we know today as the Reformation is Luther’s momentous discovery that a person’s salvation, that is being made right with God as if we had never sinned, was secured by simply believing in Jesus’ sacrifice on the cross. Salvation wasn’t achieved by doing good works, or by any other means, but trusting in Jesus’ death and God’s grace alone. As a result, this enabled men, women and children to know their sins had actually been forgiven – wonderful reasons to celebrate.”

On 31st October 1517, Martin Luther, an Augustinian friar, nailed a list of 95 short theological statements to the door of the Castle Church in Wittenberg, Germany, to be debated within the local university. Known as his ‘95 Theses’, this simple act, which was critical of the religious order of the day, was to change the course of world history.

The three celebratory events being held by the Church are free to attend.

19th October in Assembly Buildings, Belfast, each starting at 7.30pm.

Rev David Johnston, minister of Hamilton Road Presbyterian Church in Bangor, County Down is leading the team organising the events. He said that all would very welcome.

“’Faith at the Crossroads’ isn’t a lecture, but a celebratory event that combines worship, reflection and discussion. With its emphasis on freedom of conscience, the Reformation also sowed the seeds of democracy and religious freedom in Western Europe.”

“We will be reflecting on this and the overall impact of the Reformation in a panel discussion. Each panel will include a former Moderator from the area in which the celebration is being held along with a church historian and a social commentator.” 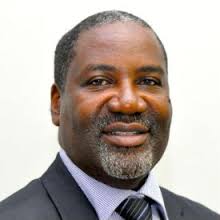 “At each venue we are also looking forward to having New Irish Arts lead worship for us which will include a new arrangement of one of Luther’s hymns. We also look forward to welcoming Dr Conrad Mbewe, pastor of Kabwata Baptist Church in Zambia. He will bring us a global perspective of the Reformation,” Rev Johnston said.

During the celebration those attending will also get a flavour of some of the key moments in Martin Luther’s life from a 1983 film staring Jonathan Pryce as Luther.

Find out more about the Presbyterian Church in Ireland on their website here.

LESS ONE Friendship Group Resumes for 2017