Rev Dr Frank Sellar Reflects On His Year As Moderator

Rt Rev Dr Frank Sellar reflects on his year as Moderator of the Presbyterian Church in Ireland. Here he looks back at some of the year’s events and opportunities as he approaches the end of his time in office. He said that it was a year full of divine opportunities to serve. It has left him greatly heartened having found ‘a church not in retreat, but a gracious and humble partner in the advancement of God’s Kingdom across Ireland.’ 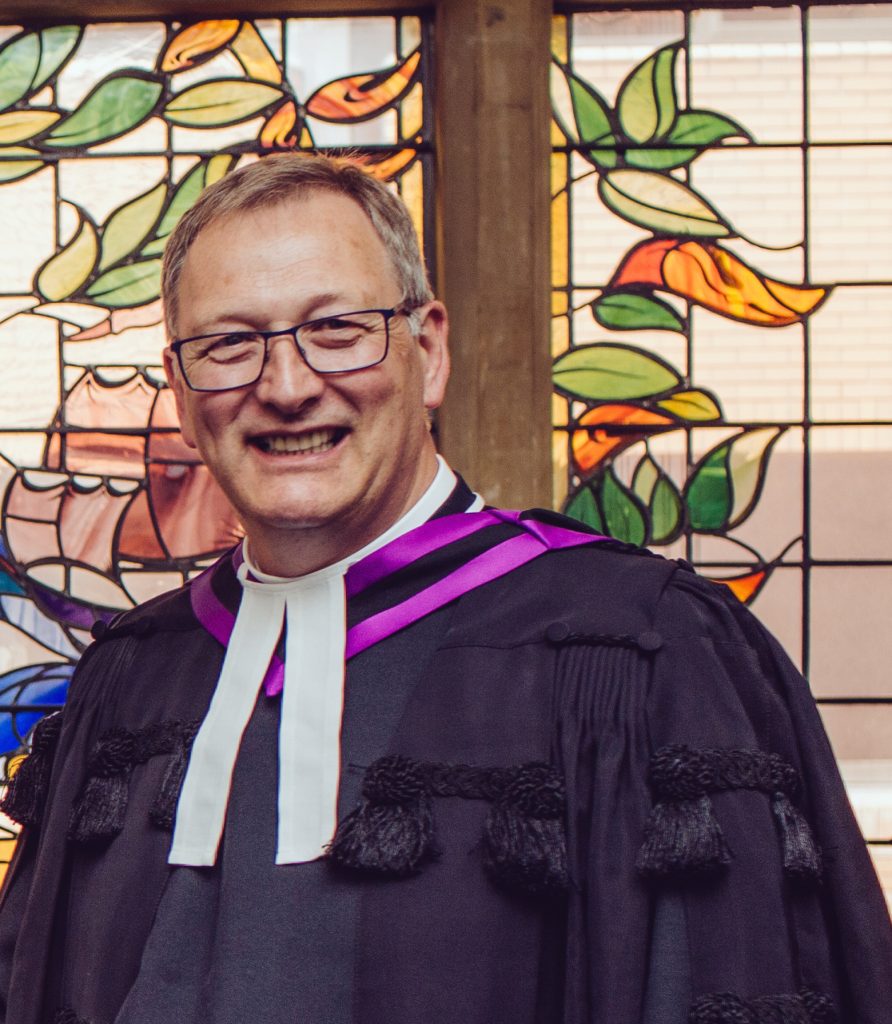 This year has seen Dr Sellar preach close on 100 times in all of the Church’s 19 presbyteries. He has visited congregations, numerous projects and carried out various engagements across 20 counties. Writing a final blog as Moderator, Dr Sellar described the year as ‘non-stop’, but ‘a privilege’.

“Throughout the year Claire and I prayed that God would guide us and we would be sensitive to the prompting of His Holy Spirit. He was ever faithful and we found divine opportunities from Kathmandu to Kells (Co. Meath) and from Carrigart to Cloughwater. Describing the year, I think that the word I am looking for is ‘privilege’. A privilege to be allowed into people’s lives, members of the Church, ministering in ordinary contexts and working in Christ’s Name.”

As Rev Dr Frank Sellar reflects on his year as Moderator he speaks of ‘moving memories’ and seeing ‘demonstrations of Christ’s love’.

Dr. Sellar also spoke of ‘moving memories’ having taken part in the centenary commemorations of the Battle of the Somme in France last July. Also meeting members of the Irish Naval Forces in Co. Cork during December, having recently rescued over 15,600 refugees from the Mediterranean Sea.
But it was the three presbytery tours that provided some of his abiding memories and invaluable insights into the diversity of what local congregations are doing on the ground. From working with young people and children with special needs, to supporting people to get out of debt through Christians Against Poverty and partnering with others to establish Food Banks.

He said that he had seen a similar demonstration of Christ’s love in Nepal. Here he witnessed again how God strategically placed people, like the Church’s overseas mission personnel, in the right place at the right time.
Dr Sellar also explained that he had been affected by the ‘real life-changing benefit’ that the last Moderator’s Appeal had brought to people in situ, after the 2015 earthquakes. Especially seeing first-hand the physical connection between what had been sacrificially given at home and the blessing that had flowed from it in Nepal.

Summarising his year, Dr. Sellar said, “Claire and I are greatly heartened by what we have found on our travels. Ours is not a church in retreat, but a gracious and humble partner in the advancement of God’s Kingdom across Ireland. The abiding delight has been meeting with God’s people, living, ministering and working in Christ’s Name in the countryside, towns and cities of this island, and further afield, joyfully serving. This has been our greatest privilege.”

Dr Sellar will share his reflections in his final address as Moderator on the Opening Night of the Church’s General Assembly. This is on the evening of 5th June and is open to the public.

Members of Assembly and invited guests will join together in worship for the installation of the Church’s 178th Moderator, Rev Dr Noble McNeely. He is the current Minister of First Holywood Presbyterian Church, County Down. The ceremony will be broadcast live on Radio Ulster 1341 MW from 7:00pm. A live daily Twitter feed that can be followed @pciassembly hashtag #pciga17.

You can read more of Dr Sellar’s reflections and other PCI news on their blog here.