St Saviour’s Parish Hall in Connor has been given a new lease of life after being awarded funding from the NI Department for Communities.

Arlene Foster, then First Minister, and Paul Girvan (former Communities Minister) announced last October that funding would be made available. This was under a scheme to support improvement works for community halls across Northern Ireland. It enabled community organisations in urban and rural areas to undertake minor works and improvements to their premises.
Mrs Foster said community halls brought immeasurable benefits to local people. “These halls are used by many community and voluntary organisations to provide vital services. They are a place for local people to come together and strengthen relationships.”
Mr Girvan said: “A Community Hall is much more than bricks and mortar for those who use them. They provide a gathering place where people can feel involved in their local community and supported in their lives.”

St Saviour’s parish in Connor received a grant of £13,070. This has allowed them to paint the hall inside and out. Also to replace the single glazed windows with double glazing throughout, and purchase and hang new window and stage curtains. The toilets have also been refurbished.

The rector, the Rev Ian Magowan, said: “It really is a tidy job. The double glazing is a great boost.” 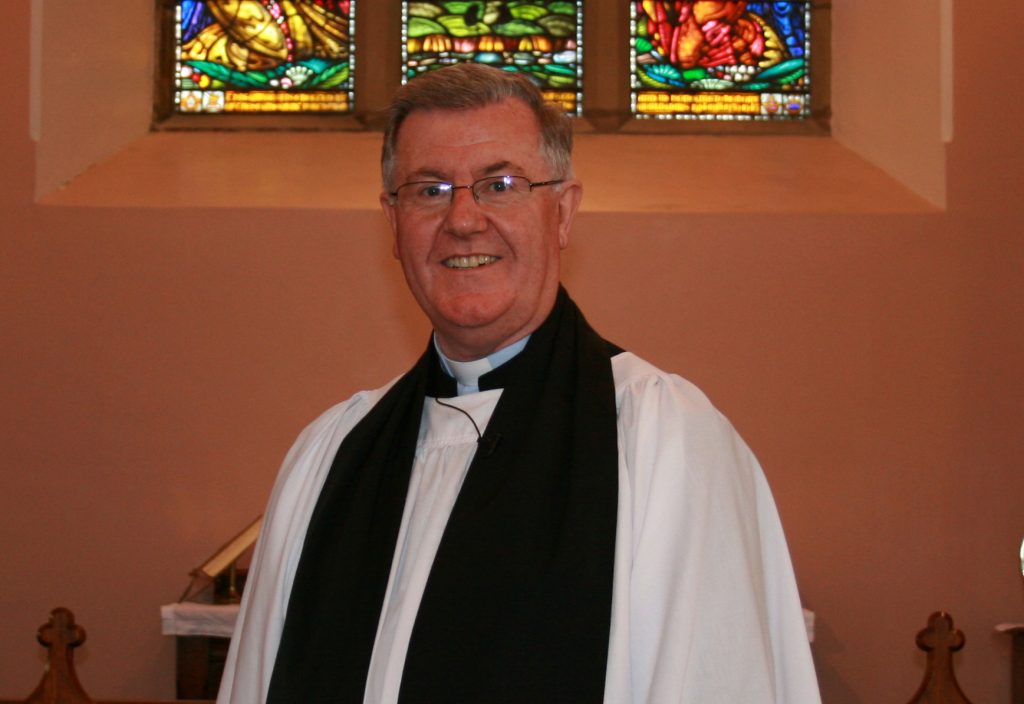 St Saviour’s Parish Hall Connor was built in the 1970’s and recently benefited from some improvements to the building, inside and out.

The hall was hand built by parishioners in the 1970s. This new work carried out, thanks to the grant, means that it will be fit for purpose as a community hub for years to come.
Groups which use the hall on a regular basis include the ‘Women on Wednesday’ ladies group, the bowls club and a senior citizens group. Also the Young Farmers visited recently for their prize-giving.
Ian said: “It was not as if the hall was falling down but there was definitely work needed done. This will make it a much more comfortable environment for everyone who uses it. The new windows, painted walls and curtains certainly enhance the appearance of the whole place.”

You can read more news about the Diocese of Connor on their website here.

Praise Evening for One Mission Society in Coleraine