Rev Ronnie Agnew Has Accepted a Call to First Broughshane

Rev. Ronnie Agnew has accepted a call to First Broughshane Presbyterian Church, near Ballymena. He is ‘looking forward’ to his position as the congregation’s new minister. 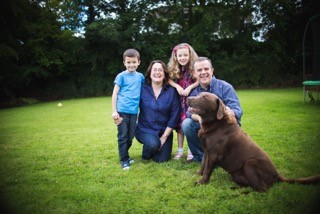 Originally from Belfast, Ronnie moved to the ‘new city’ of Craigavon with his mum, dad, brother and sister in 1971. He attended Brownlow High School there.
The family regularly attended Craigavon Presbyterian Church and Ronnie has fond memories of his time there.
He said, “I grew up attending church and Sunday school most weeks. I was also a member of the Boys’ Brigade in my home church. There was never a time I thought I was never a Christian. I grew up knowing about Jesus and my need of Him as my Lord and Saviour and always thought of Him as exactly that. It was in my mid-teens that a ‘change’ in my understanding of what it meant to be a Christian took place.”

“I was at an SU summer camp where we were studying Nehemiah. When I listened to his willingness to sacrifice so much in obedience to serving God, I realised that being a Christian was more than merely ‘knowing’ Jesus. It was living every day for Him, following Him wherever He called me. This was a significant turning point in my life. It was the time when I started to take a public stand for Christ in school and sought to serve Him in my home congregation”, remembers Ronnie.

Importantly, Ronnie was and continues to be positively influenced by several inspiring Christians.
Talking about some of the people who have shaped him, he said.

“My senior minister, Jim Harrison was a great encouragement in a number of ways, but particularly in my entry into ministry. It was a privilege to have him take part in my Licensing Service, just a short time before he went home to be with the Lord.
I remember a former school teacher, David Crawford, who ‘pestered’ me to attend SU and the camp that changed my life”.
Ronnie went on to say, “Also important was Peter Taylor. He was an elder and Sunday School Superintendent in my home church, and also worked for CEF. He encouraged me to help in the children’s ministry in our congregation. As a result of his sudden death, I went to Belfast Bible College seeking to enter full time Christian work.”

“I better not forget to mention my wife Tracey!! She is a very stabilising influence upon me. Tracey keeps me grounded and stops me from running ahead of myself and is one of most patient people I know. She has to be to stick with me for so long”, he smiles.

After finishing Belfast Bible College, Ronnie worked at various jobs and spent seven years with Sainsbury’s in Craigavon. He then enrolled at Union Theological College to train for the Presbyterian ministry in 2005.
Ronnie, reflected on this period of his life.

“Entering pastoral ministry was first mentioned to me when I was at Belfast Bible College many years ago. My home minister tried to encourage me to go Union, as did some of my fellow students at BBC. However, there was no way I was going down that route, as I thought you had to be mad to take on that role! When I moved to University and was involved in the Christian Union, ministry was again mentioned to me, but my views had not changed just because I had moved educational establishments.”
“Throughout the following years many friends, and others, continued to suggest that I enter ministry. I made many excuses over the years and the Lord removed each excuse, one by one. Eventually I ran out of excuses and realised that I had to be obedient and answer the call of God in my life.”

Rev Ronnie Agnew has accepted a call to First Broughshane Presbyterian and is looking forward to serving God there. 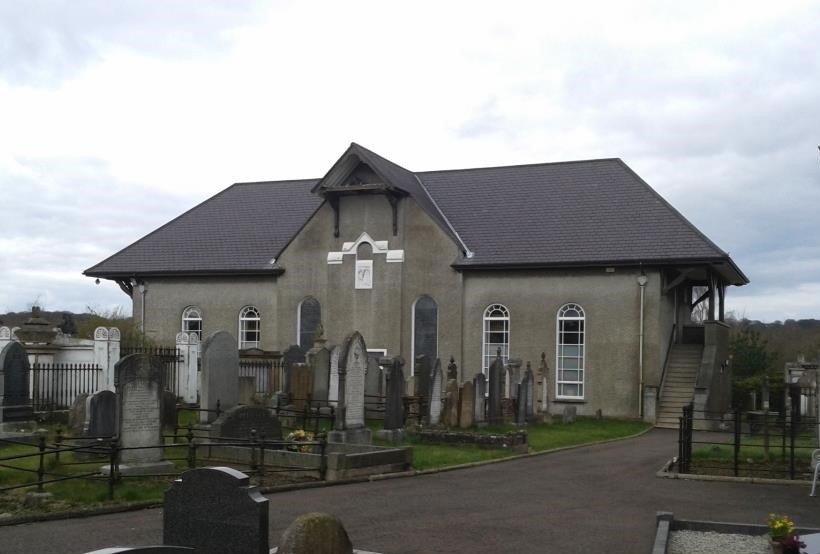 Following his time at Union, Ronnie served his ‘assistantship’ at Maze and Ballinderry Presbyterian Churches before moving to his first charge, First Monaghan and Smithborough.
His tenure there has been enjoyable but he and his family are looking forward to the next phase of their ministry.
Ronnie says: “We are looking forward to the new challenge of Broughshane, especially learning the new accent!!!! However, we are also leaving our current congregations with a heavy heart. In our seven or so years here we have developed deep friendships, shared in many happy and sad occasions. It will be hard to leave these people, but we clearly believe that this move is God’s calling upon our lives. We also believe that God has the right person chosen who will lead them to great things in the future.”

As a hard-working Minister, Ronnie admits he has limited free time.
He confesses: “I am very ill disciplined and do not take enough time off – so say my wife and children!! However, I am an armchair sports fan supporting Leeds United (no jokes allowed) and Ulster and Ireland rugby. I like to read John Grisham novels and watch American TV shows such as NCIS, Hawaii Five-O, and Madam Secretary. Family time is also precious and we try to spend Saturdays together as much as possible.” Family consists of wife Tracey, whom Ronnie married in 1993. Their first child, Tim, was born in 1997 but died in 2004 as a result of a rare bowel disorder. Then Ronnie and Tracey were blessed with twins, Jacob and Joy, who were born in 2008. Of course, we cannot forget the family pet, Roxy!

Find out more about First Broughshane Presbyterian here, where Rev Ronnie Agnew has been called to be their new minister.