The members had a pleasant surprise recently when the Mayor visited Ballymena Parish Wednesday Club. Mayor Audrey Wales MBE called in to the church’s Wednesday Morning Club to wish everyone a Merry Christmas. She also met St Patrick’s church rector, Rev Mark McConnell.
The Wednesday Club which was formed nine years ago has gone from strength to strength. One of its members recently told the Mayor about this little club which meets each Wednesday following Holy Communion for a cuppa and chat. The borough’s First Citizen said she would like to come and visit members and meet the Rev Mark.
Mayor Wales also met the Rev John McClure and the Rev Dennis Christie, Ballymena Parish’s two curates. She spent an hour at the Wednesday Club meeting. Judging by the photos, it looks like Santa Claus also popped in!

As well as a visit from Santa, members got a double surprise when the Mayor visited Ballymena Parish Wednesday Club recently. 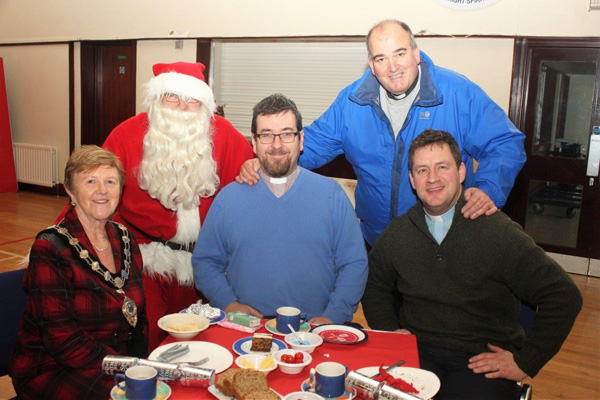 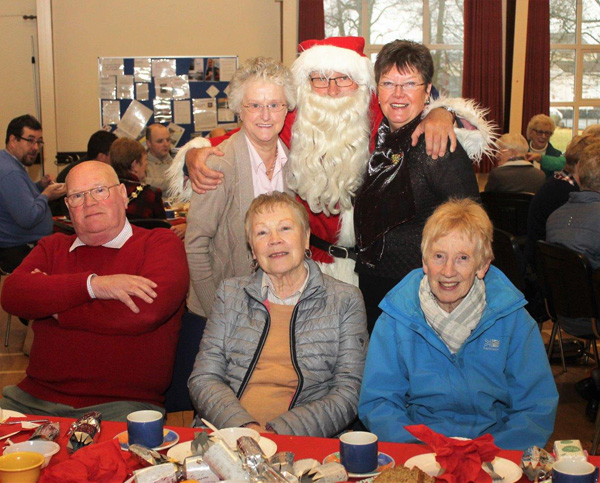 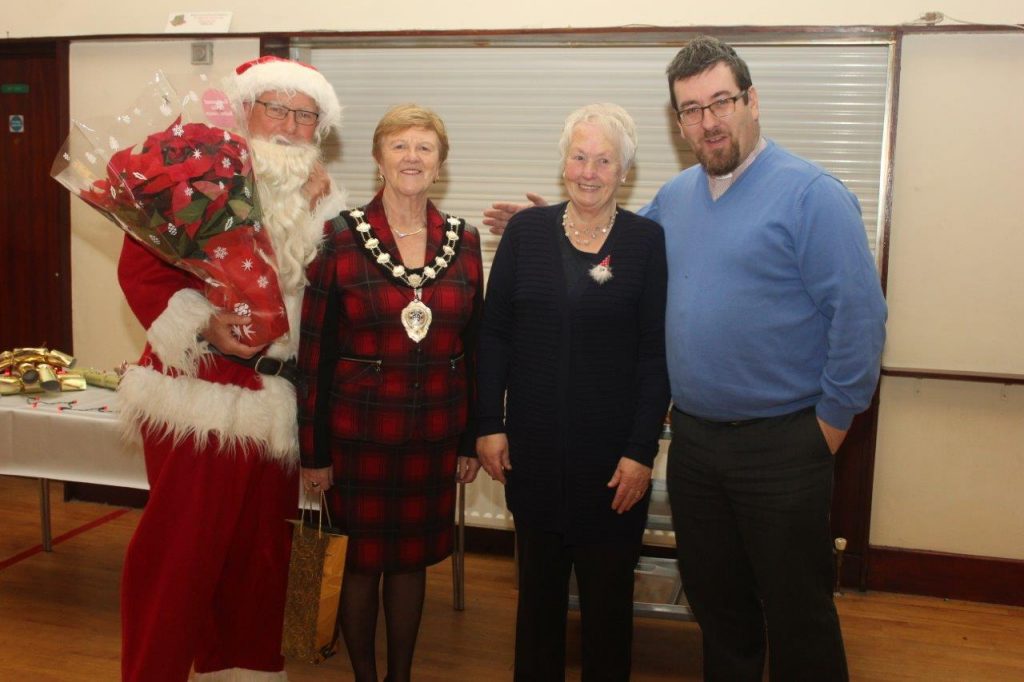