The Francina Foundation, a registered charity based in Ballymena, is working in partnership with the Rays of Peace Ministries in Southern India to help bring relief from poverty for many in that part of the world.
A team from The Francina Foundation made up of six men and four women have recently returned from a hugely productive mission trip. The working group included members of High Kirk and Muckamore Presbyterian Churches. 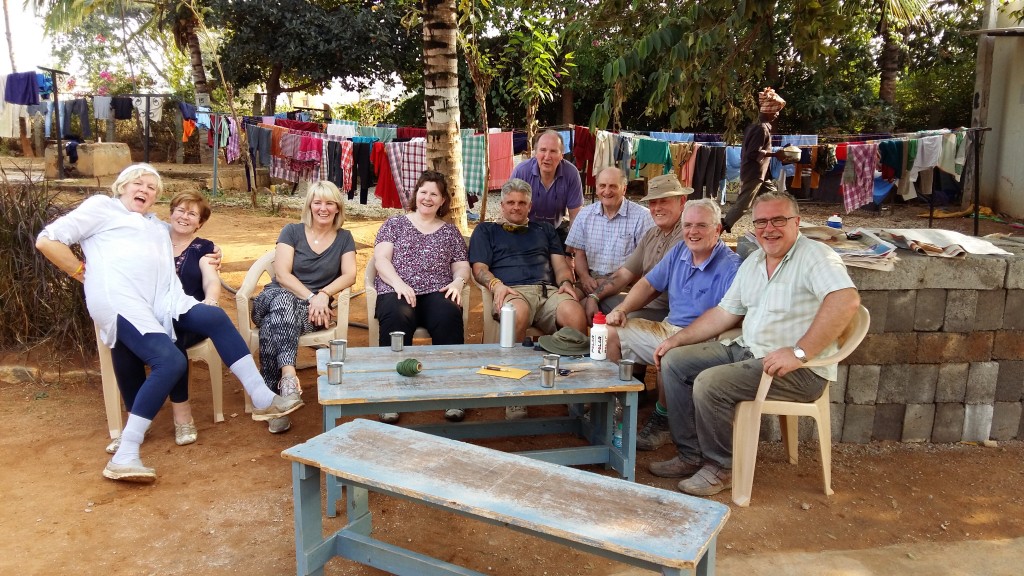 Lorraine McAllister, who led this ‘mature and enthusiastic’ collective reflected on the vision statement of The Francina Foundation & said: “Sometimes you see such suffering, such poverty, such depravity, such loneliness that your heart breaks and you cannot stem the tears. Sometimes you are left despairing at man’s inhumanity to their fellow man and wonder how we have got to such a place in our world. Sometimes you realise that your faith, your values, your need to do something have prepared you “for such a time as this”. It is in response to these, all too often “sometimes” that The Francina Foundation has developed its sense of vision and purpose for India. By working with our Indian partners, and in particular with the Rays of Peace Ministries, we are starting to bring that relief from poverty, encourage educational attainment and develop long term facilities for those marginalized by society.”
Rays of Peace Ministry is run by Pastor Mark Jayakumar and his family. It has one orphanage – the Victory Children’s Home – in the Sasalu region and currently fifty children live there – 26 boys and 24 girls although the need is much greater and often children have to be turned away.

The ministry also operates a drop-in facility in Chennai where children from very deprived home situations would come to get fed and encouraged in the development of their young lives.
Going on to reveal what was accomplished on ‘a very physical trip’, Lorraine shared: “We needed to refurbish the kitchen area and cleared out half of the kitchen before repairing the floor and doing some re-plastering. New work benches and a sink were also added.”
“As a consequence of government directives we undertook further work to protect the home with new fencing being erected at the front of the property and maintenance on the roof of the orphanage which was leaking as a result of the recent monsoon deluges required coating it with special ‘weather resistant’ white paint.
We also helped in the daily routine of devotions at 5.30am and then again at 7.30pm as well as crafts and games with the children during the hectic ‘return from school period”, she was keen to stress.

The Francina Foundation working with Rays of Peace Ministries in India.

Developing closer relationships with the youngsters was one of the highpoints of the recent trip. Seeing a man saved at a Church service in Bangalore where the team conducted the service was a real source of blessing and encouragement.
Another part of the Rays of Peace Ministry is the Rose of Sharon project, which is run by Pastor Mark’s daughter, Jennifer.
This project is focused on creating a refuge for women ‘given’ into a life of prostitution by their families in a misguided attempt to serve their religion – despite the practice being made illegal. The site for this facility has been acquired and plans have been drawn up with construction starting very soon.
As always, the Francina Foundation team were challenged by the devotion to God displayed by the Christians in India, even in the face of immense poverty and persecution (India is now ranked at 17th in the world for persecution of Christians).
When asked about her priorities following the trip to India, Lorraine stated that these were focused on prayer for –
• Pastor Mark and all the children at the home as they live with the reality of the life of a Christian in India,
• Protection for their Ministry team as they travel on dangerous roads
• For Jennifer as she confronts religious traditions in the country areas to rescue girls from a life of sex slavery.
You can find out much more about the vision and projects of The Francina Foundation on their website here or their Facebook page here.