The Somme Greater Love Event in West Presbyterian Church is a night of stories, images and music from World War One. This event will evoke many memories of the past but the night will end with a poignant challenge about the future and the great love of God in sending His Son Jesus to lay down His life for us. 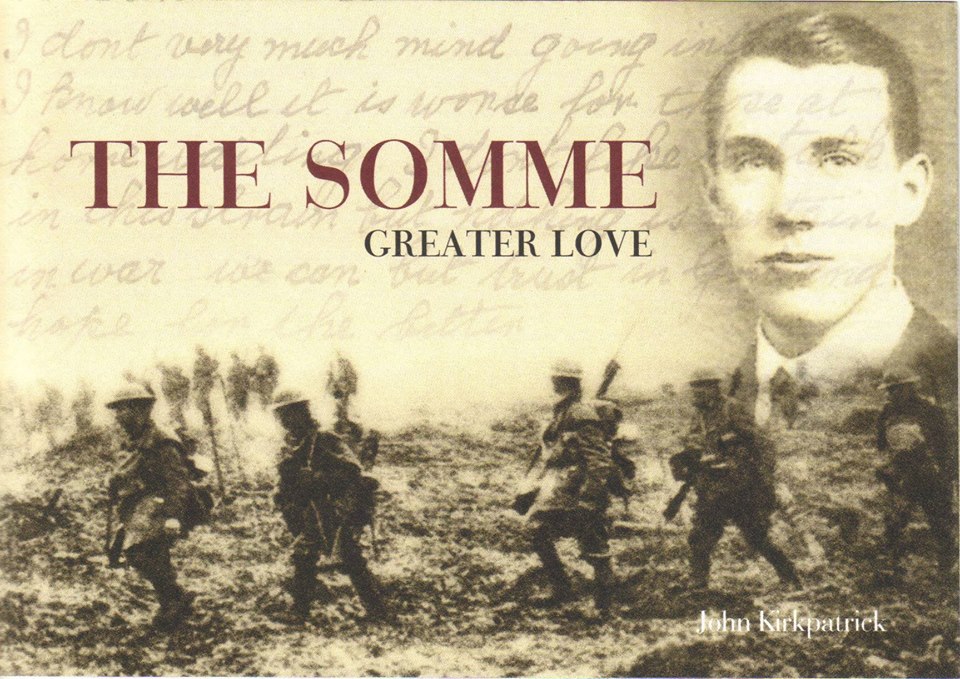 The Somme Greater Love Event in West Presbyterian Church, Ballymoney Road, Ballymena will be on Saturday 7th November 2015 starting at 7.30pm. The New Irish Orchestra and Choir are bringing this fabulous event to West Church and all the proceeds on the night will be donated to The Royal British Legion.

Here’s an excerpt from West Presbyterian’s Facebook page which helps to set the scene for what you can expect at The Somme Greater Love event.

“Etta Halliday’s captivating script recounts the true stories of several local individuals who were involved in the Great War – and draws hope from the selfless acts of ordinary folk who put others before themselves.The music is largely from the period of the war, and sets the scene by including popular, carefree war time songs such as Tipperary & Alexander’s Ragtime Band………” You can read the full details of the night by clicking here to go to their Facebook page.

This will be a great night for anyone with an interest in history, a military service background or connections with the Royal British Legion who may have had family or friends involved in the Great War on this remembrance weekend. Tickets for the Greater Love Event at West Presbyterian Church are available either from the Church Office on Ballymoney Rd or from the Faith Mission bookshop in Ballymena. (a suggested donation of £10)