The annual Children’s Prize-Giving at Tullygarley Mission Hall, Ballymena takes place on Saturday 7th April 2018 at 7:00pm (DV). The prizes will be distributed to the youngsters who come along to the weekly Children’s Meetings at the Mission Hall. Mr Desmond Colvin will be the speaker. 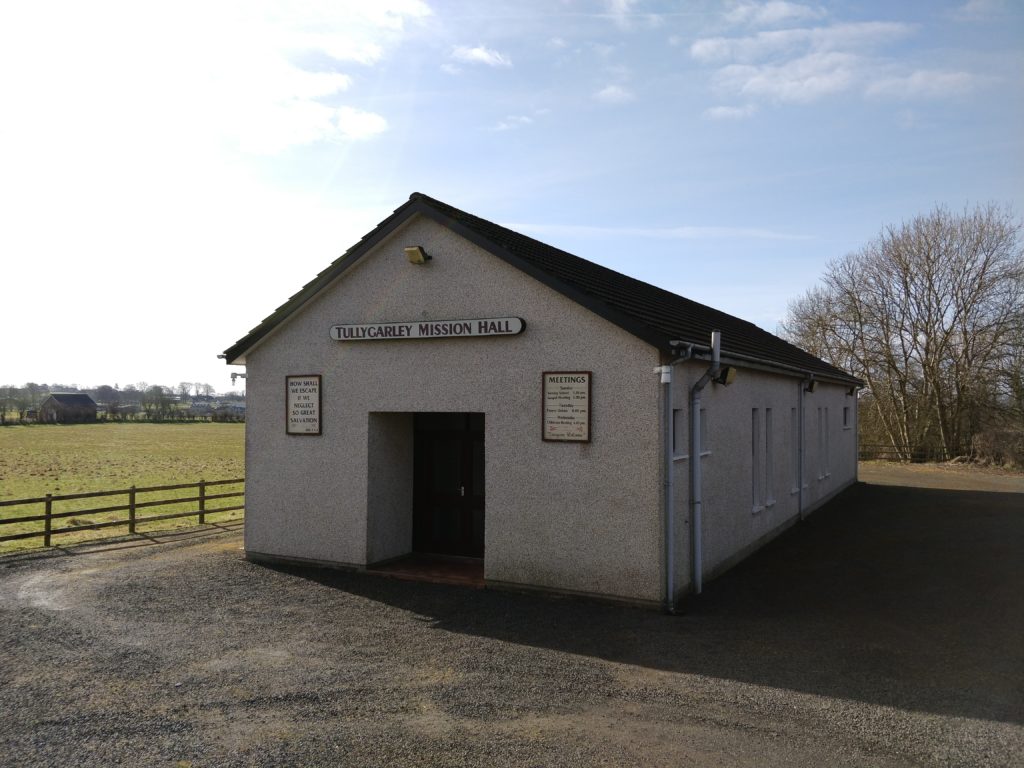 Of course, this will be an opportunity to celebrate the children who come along to the meetings. But the evening also offers another opportunity to praise God for the way in which he has continued to bless these meetings since they began in 1966.
Originally, they were formed as a Good News Club for children who lived in the nearby Riverside Housing Estate. This was under the leadership of Trevor Boyd and the late Tom Kerr.
These first summer meetings were so successful that it was decided to continue them during the winter months. This was gladly facilitated by the late George Leith, who granted permission for Tullygarley Mission Hall to be used.
Today, the children’s work continues there every Wednesday night at 6:45pm. Around 15 children come along to the meetings on a regular basis.

Each week they enjoy hearing Bible stories, singing choruses and learning memory verses. There’s a quiz at the end to check that the children have been listening! For many of them it is the only opportunity they get to hear God’s Word.
Trevor Boyd and his wife, Annie have continued to lead the work alongside a team of faithful helpers. These include Joan and Desmond Shaw and Margaret Kerr. Another lady, Marbeth Greer, who was one of the first children to attend the meetings, has continued to help with the current group of young people. Several other people who came as youngsters to those gatherings in the 1960s have gone on to serve the Lord in various ways as adults.

Everyone is welcome to celebrate with the current group of children as they receive their yearly prizes.