Rev Stephen Kennedy was installed as Minister of Buckna Presbyterian Church on Friday, 2nd February 2018.
Stephen is originally from Bessbrook in South Armagh. He is married to Lynn, and the couple are proud parents to Eva, (2) and eight-month old, Erin. 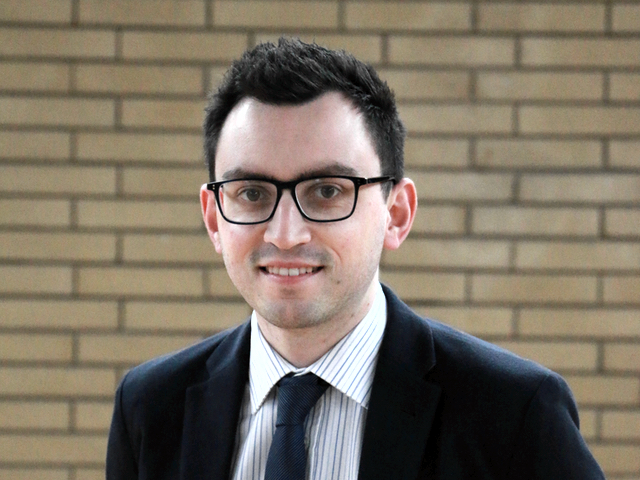 Stephen had the blessing of being brought up in a Christian home. Both his parents are believers and brought him along to Bessbrook Presbyterian church from an early age.
He said: “I don’t really remember a time when I didn’t know about the Lord, but I suppose I made a commitment to Him for myself around the age of seven.”

After attending Newry High School, Stephen went on to study Journalism and History for three years at the University of Ulster, Coleraine. He had planned to be a football writer before he felt that the Lord was calling him into ministry during his final year.
This call was confirmed during a year at the Cornhill Training Course in Belfast. During his year at Cornhill, Stephen applied to Union Theological College and was accepted in 2012.

An assistantship in Hill Street Presbyterian Church in Lurgan followed. Here Stephen served under Rev Nigel McCullough.
Looking back appreciatively on this, Stephen said: “It was excellent; we had a brilliant time in Lurgan. We loved living in the town and enjoyed getting to know the church family there. It was such a joy to serve there for three and a half years. The church family were so warm and welcoming to us, especially when our daughters were born. We are sorry to move on but are excited about coming to Buckna.”

Rev Stephen Kennedy – installed as Minister of Buckna Presbyterian Church and is “delighted to be in Buckna.”

Expressing a little more of his feelings as he embarks on his first solo ‘charge’, Stephen went on to say:

“I am delighted to be in Buckna. I feel honoured and privileged that the congregation would call me to be their minister. We are excited about the potential that lies within the congregation and all that is going on, especially in the youth organisations. We are really looking forward to getting started.”

When he is not in Church, Stephen can be seen at Windsor Park enjoying Northern Ireland’s home games.
Citing Stephen Davis from Cullybackey as his favourite current player, Stephen was part of the Green and White Army that travelled to France for Euro 2016. He was also with Michael O’Neill’s men as they narrowly missed out on qualification for this summer’s World Cup.

The Very Rev Stephen Forde Installed as Dean of Belfast