#1PillWillKill Will Be Launched at Belfast Cathedral

#1PillWillKill will be launched at a Belfast Cathedral as they host a special service there to commemorate the first anniversary of the death of Jamie Burns. The 23-year-old North Belfast man died after taking ecstasy on a night out.

The service will be an opportunity to gather with his family, friends, work colleagues and the wider community to give thanks and to remember. 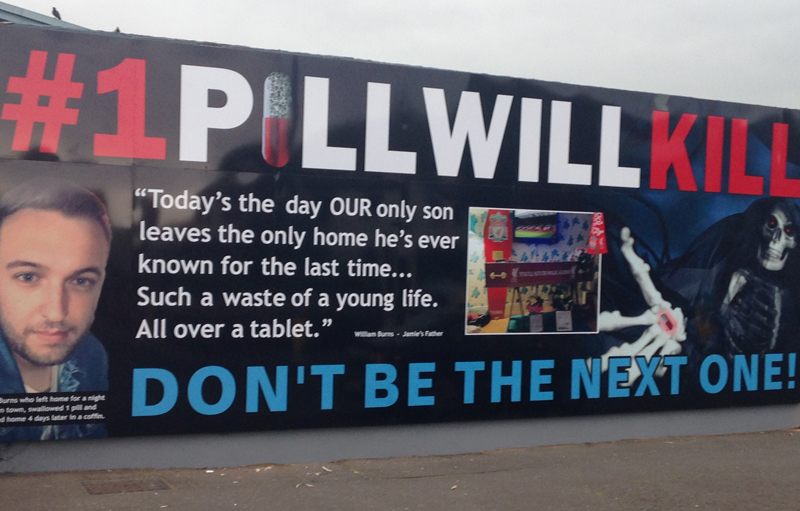 #1PillWillKill will be launched at Belfast Cathedral during a special service on Monday 20th November at 5:00pm.

At the service, the Burns’ family will launch their #1PillWillKill Christmas 2017 campaign.

#1PillWillKill is an anti-drugs initiative established by Jamie’s family in the wake of his death. The campaign’s hard hitting message is already having a big impact on raising drug awareness among young people.
The service in St Anne’s will be led by clergy of various denominations, highlighting the all-encompassing nature of the drug problem across all parts of society.

While the service focuses on Jamie, there will be an opportunity to remember others as well. People will be invited to write the names of loved ones on pieces of paper. This will be placed on the altar and these lives will be commemorated in a time of respectful silence.

“We hope that this will be an occasion of celebration of Jamie’s life, but also an occasion of solemn remembrance of the many precious lives that have been and are being lost due to drugs.”