You are invited to a special Thanksgiving Service for Tullygarley Children’s Meetings. This service is to celebrate 50 years of the children’s meetings held at Tullygarley Mission Hall, Ballymena. It will take place on Saturday 9th September 2017 at Galgorm Community Centre, starting at 7:30pm. 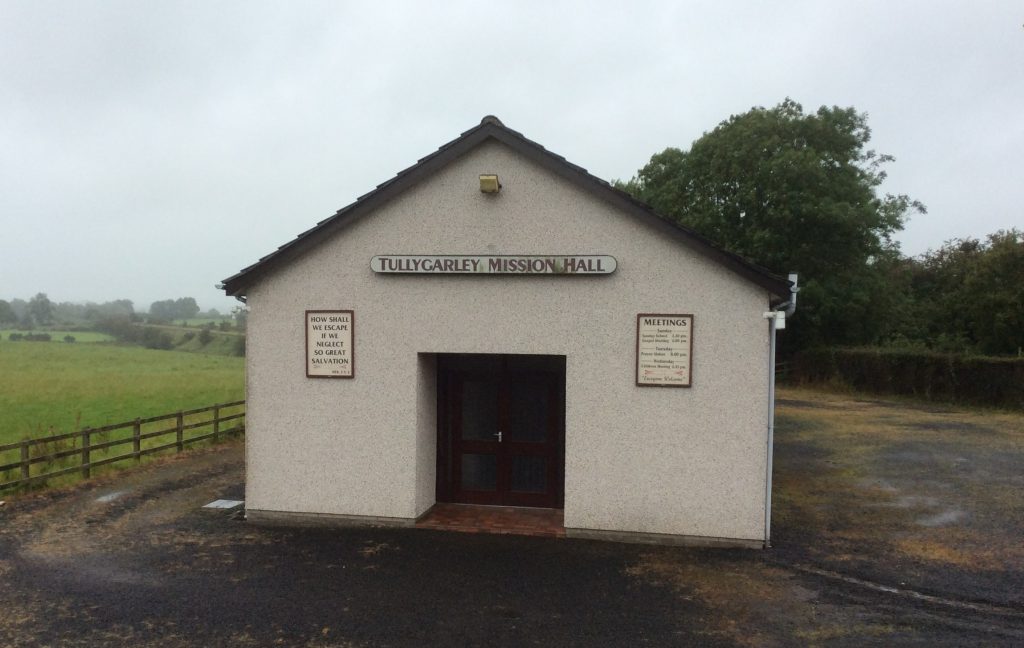 The evening will feature special items by former members of the meetings. They began in the summer of 1966 under the stewardship of Trevor Boyd and the late Tom Kerr on the Riverside Housing Estate.
Following the success of that early Good News Club, the organisers felt led to continue this work. They sought permission from the late George Leith to resume the meetings during the winter at the nearby Tullygarley Mission Hall.
That wonderful little house of God has been home to the meetings ever since. They now take place every Wednesday night at 6:45pm with around 15 children in attendance.

Each week, they enjoy hearing Bible stories, singing choruses and learning memory verses. There’s a quiz at the end to check that the children have been listening! For many of them it is the only opportunity they get to hear God’s Word.

Trevor Boyd and his wife, Annie have continued to lead the work alongside a team of faithful helpers including Joan and Desmond Shaw and Margaret Kerr. Also, Marbeth Greer, who was one of the first children to attend the meetings, has continued to help with the current group of young people. Several other people who came as youngsters to those meetings in the ’60s have gone on to serve the Lord in various ways as adults.

A Thanksgiving Service for Tullygarley Children’s Meetings is on Saturday 9th September at 7:30pm. This is to celebrate 50 years of these children’s meetings in the area.

A Powerpoint presentation entitled ‘Down Memory Lane’ promises to be another highlight of the anniversary service. Gifted soloists, Nigel Davidson and Cherith Bell will also be there to minister in song.
Light refreshments will also be served and everyone is welcome.