Jim Clint from Kirkistown in County Down is the new Irish representative for Ezra UK. Ezra UK is a Christian organisation which seeks to help and support Jewish Communities. They work especially in nations where antisemitism is on the rise.
Jim will be manning a stand on behalf of Ezra UK at the Bangor Worldwide Missionary Convention. It will run from Monday 21st until Friday 25th August 2017 and takes place at Hamilton Road Presbyterian Church, Prospect Rd, Bangor BT20 4LN. 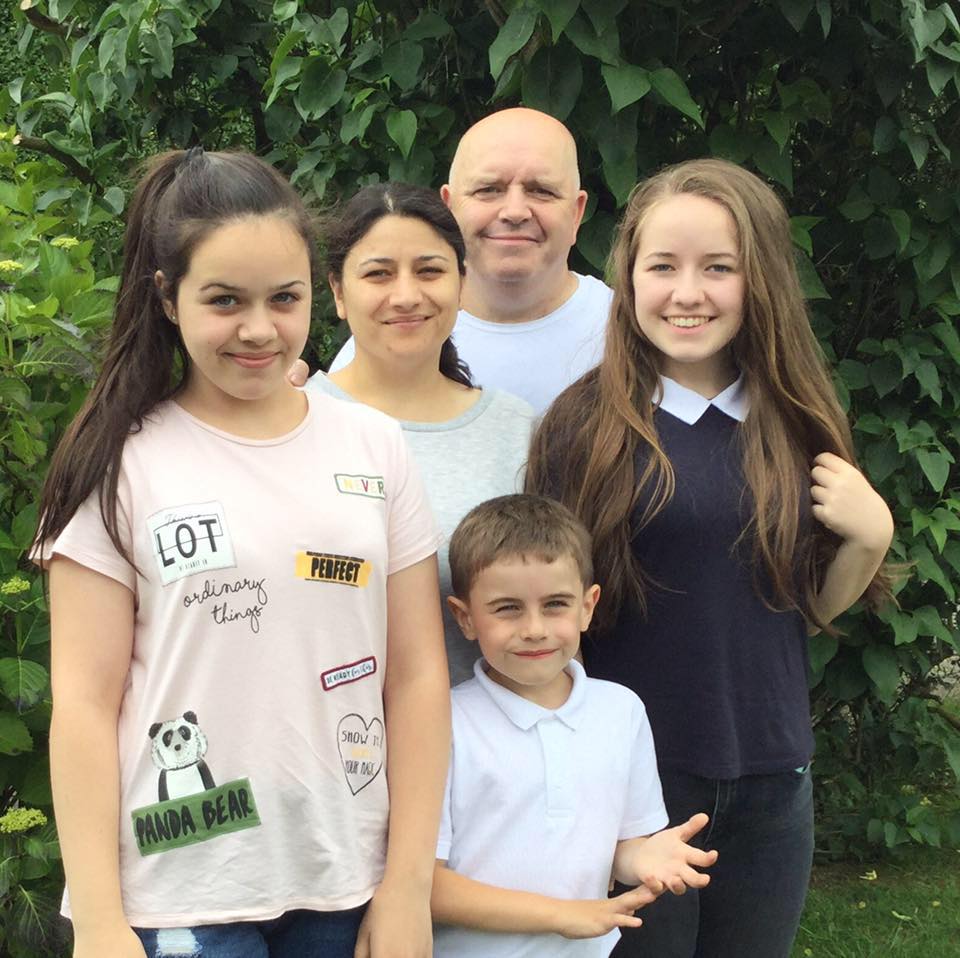 Jim Clint is the new Irish representative for Ezra UK.

In the following article, Jim shares a little of his personal testimony. He also reveals how the Lord is at work through Ezra UK.

“Since I became a believer in November 1991 I’ve been involved in reaching out to the Jewish people. Firstly in Israel for most of the 1990’s with Churches Ministry to the Jews (CMJ) and also in Hungary with the Christian charity Ezra UK
My wife, three children and I have recently returned to Northern Ireland after serving the Lord in Hungary for four years. Through Ezra UK we helped around 60 Hungarian Jewish families and individuals make it home to Israel.

Ezra helps needy Jewish people especially from countries where antisemitism is growing. We help with paying things like passports, suitcases, translation of documents into Hebrew, travel expenses for meetings with the Israeli consular during their Aliyah application process etc. There’s a lot of antisemitism in Hungary. The far right Jobbik party are increasing their vote every year. In 2006 they had 1% of the vote, in 2014 that had increased to 21%. The next elections are due in April 2018. Over 90% of those we assisted in Hungary have lost family during the Holocaust.

I’m now Ezra’s Ireland representative, while still fulfilling the equivalent role in Hungary. My task now is to raise awareness among Irish Christians to stand with the Jewish people not only in Hungary but also those we assist in the Ukraine, Poland, Turkey, Moldova, Argentina and Brazil. We are witnessing a dramatic rise in antisemitism across the world! Personally I believe that the Church must stand with the Jewish people as never before.”

“I am also coordinator of the collection of second hand clothing for “Israel Aid”. This is another program set up by Ezra UK to help very needy Russian Jewish immigrants returning home to Israel from FSU countries. The aid also helps two Russian Jewish Messianic congregations in the land. Lord willing, I hope to arrange pick up locations to collect aid throughout Ireland, both north and south.

Recently I met two groups of Irish Christians who’ve been burdened to pray for the Aliyah ‘return’ of the Jewish people home to Israel. Those I met were dictated to praying for the Jewish people, for their return to the land and for their salvation. The Lord is raising up small groups of believers both north and south to stand up for Jews.”

Look out for Jim at the Ezra UK stand if you’re attending the Bangor Worldwide Missionary Convention.

“I will be at the Ezra stand at the Worldwide Missionary Convention in Bangor. Here I will be trying to encourage Christians to support Jews to get home to Israel. I am also working to get as many contacts with Pastors and churches as possible, hoping that they’ll give me the chance to share about this important work. I use a PowerPoint presentation when I’m sharing about Ezra UK’s work. It includes a short four-minute video clip about the work in Hungary and Ukraine.”