It has been another successful outreach event for the Connor Streetreach Team 2017. The young people who were involved in this year’s Connor Streetreach brought mission to life on the streets of Glenavy and Crumlin. The event ran from 5th – 7th July. 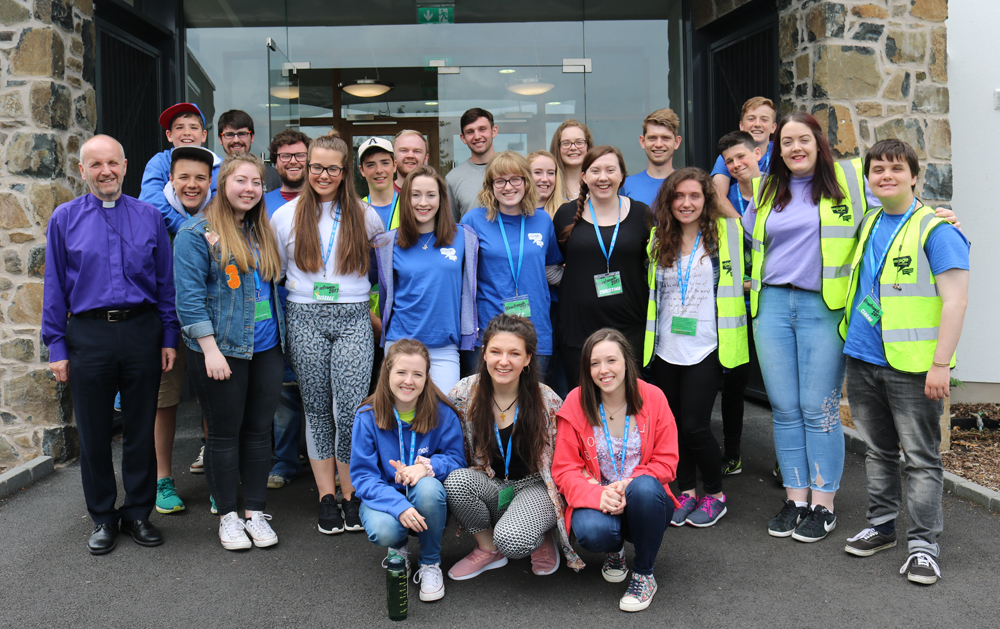 This year the diocesan youth council, Engage Connor Youth, partnered with Glenavy Parish. The Streetreach hub was St Aidan’s Parish Hall, Glenavy.
The Connor team was joined by a group of 27 young Americans and their leaders from Christ In Youth. Based in Missouri, most of the young people who joined the Connor group both at Summer Madness and Streetreach, had travelled from Arkansas.

The young people spent the mornings at the St Aidan’s Halls, where after breakfast they were involved in worship, prayer and teaching. The Bishop of Connor, the Rt Rev Alan joined them on the Thursday morning.
Afternoon activities over the three days included running a kids’ club and handing out flyers. The team also got involved in a litter pick, car wash, and spreading blessings. Evening activities included youth outreach, a mini carnival, a ‘lads and dads’ night and a barbecue.
No wonder the young people were well tired out by time they were debriefed and retired for the night!

Connor Streetreach 2017 finished with a service of praise and a chance to share stories. The young people thanked God for all He had done. There were hugs and tears as the Connor young people said goodbye to their American partners.

The Connor Streetreach Team 2017 event is over for another year, but they’ve already set the dates for next year!

Well done to diocesan youth officer Christina Baillie and her team of amazing leaders. They provided and organised this fantastic opportunity for the young people involved in the Connor Streetreach Team 2017.
And if anyone fancies taking part next year – Streetreach 2018 will run from 3rd – 6th July 2018.

Spark Returns to Ballymena for 2017