The Hoppers in Concert at Glenmachan Church of God

A date for your diary – The Hoppers in Concert at Glenmachan Church of God on Thursday 26th October 2017. America’s favourite musical family will visit Glenmachan Church in Belfast for this very special concert starting at 7:30pm. 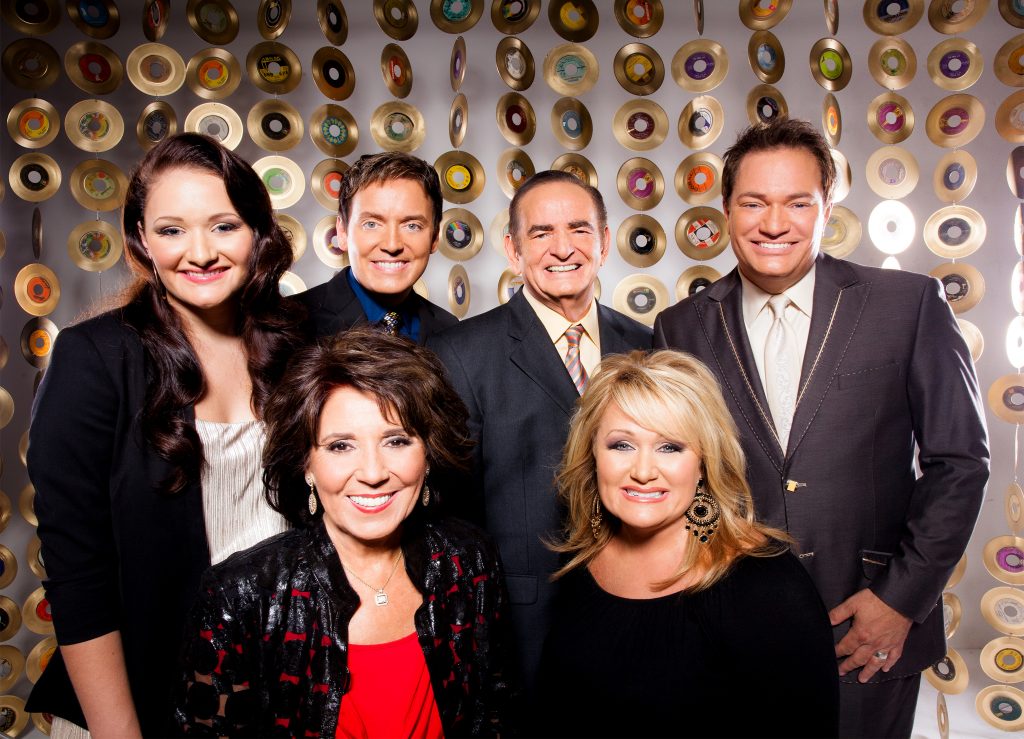 This multi-award-winning group have been singing to global audiences for 60 years. Appearances range from presidential religious inaugural ceremonies to New York’s Carnegie Hall. Also singing at other events and churches throughout the United States as well as in Israel, Europe and Africa. Their unique blend of harmonies and song choices have created a legacy of musical excellence embraced by leading pastors and event organizers. Known as America’s Favourite Family of Gospel Music, they are favourites on the Gaither Homecoming videos and tours. Their recordings frequently land at the top of the Billboard sales and other charts.

The Hoppers are comprised today of family members Claude & Connie, son Dean and his wife, Kim, son Mike Hopper and their eldest daughter, Karlye. The Hoppers were formed in 1957 in the rural-farm town of Madison, NC, and have grown continuously for decades, touching countless lives around the world. A cancer survivor, Connie has been honoured with the prestigious Marvin Norcross Award, in addition to numerous industry and fan honours. She has also been inducted into the Southern Gospel Music Hall of Fame. Sons Dean and Mike have continued the family legacy with their musical talents. Kim, Dean’s wife, hails from her own nationally acclaimed musical family, The Greenes. She is noted for the excitement she brings to any live performance. Her unmistakable, rafter-ringing soprano vocals have taken The Hoppers to new heights for many years.

Tickets are now available for The Hoppers in Concert at Glenmachan Church of God on 26th October 2017.

The concert at Glenmachan may be the last time local fans get to watch the entire family sing together due to the age of Claude and Connie. Tickets are priced at just £17. To get yours telephone 028 9076 1676 or log on to their website here. Keep up to date with their concert news here.