Rev Philip Thompson Has Been Called to Connor Presbyterian

Rev Philip Thompson has been called to Connor Presbyterian Church, outside Ballymena. He accepted the call and will be installed as Minister there on Wednesday, 28th June 2017.
Philip was born and bred in Belfast and is married to Belanne. The couple have four children, Andrew (19), Sarah (18), Thomas (14) and Hannah (10). 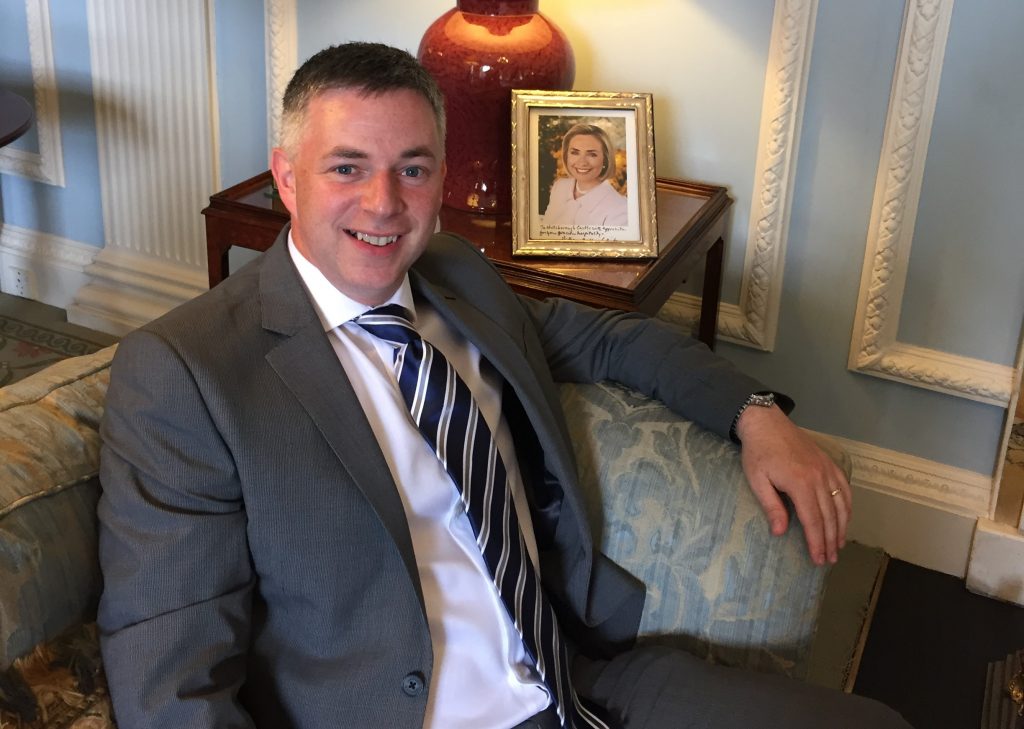 He attended school at the Boy’s Model in Belfast before studying History & Politics at Queen’s University. Looking back, Philip reflects that he was blessed to grow up in a Christian home. His parents prayed for, and with him, and read God’s Word to him.

“At the age of eight I realised my need of Jesus as Saviour. As I would have described it then, I asked him into my heart. I have been a disciple of Jesus ever since, very aware that it has been His choosing of me and holding onto me that is of greatest importance. My home congregation of West Kirk Presbyterian had a massive impact on my life. The Boys’ Brigade was especially influential on my early Christian life.”

After he graduated from Queen’s University in 1992, Philip took the opportunity to spend a gap year serving on the Year Team. This gave him a chance to be involved in youth work with the Presbyterian Church. Recalling that experience, Philip added: “That was a year in which God really blessed me. During it I had the opportunity to serve in congregations all over Ireland from Ballysally in Coleraine to Trinity in Cork. It was the year in which I felt God’s strong call into ordained ministry. It was also the year when I met my wife!”

“Having been accepted as a candidate for the ministry, I then worked for a year in a Council-funded community centre. It was on the Ormeau Road in Belfast, where I managed the youth and children’s work. I then entered Union College to study Theology in 1994. During my third year of studies I was assigned as Student Assistant in Whiteabbey congregation. This was a very special place where we spent five years with me becoming the Associate Minster there alongside Trevor Gribben, after I completed my assistantship.”

Philip has been Minister of Waringstown Presbyterian Church for the past five years. He remarked that it was ‘a great place to be.’

Sad as they are to be leaving Waringstown, Philip and his family are excited about the next chapter of their life and ministry.

Rev Philip Thompson has been called to Connor Presbyterian Church, near Ballymena. Philip, speaking about becoming Connor’s new minister, said he knows ‘Connor is where God wants us to be’.

He states: “The process of being called to Connor has been very clear and we can really see God’s hand upon it. That doesn’t mean that leaving Waringstown is easy. For us as a family this has been a special place. But we were made to feel so welcome in Connor Presbyterian the Sunday we spent there. We know it is a congregation that has a deep love for Jesus and a hunger for God’s Word. It will be daunting to once again have to learn lots of new names and go through the upheaval of moving house. But the Lord has been very faithful in His love and care for us, and we know Connor is where he wants us to be.”

You can find Connor Presbyterian Church on Facebook here. Also find out much more about upcoming events there or listen to recent sermons on their website here.

Relaunch of Thrive Ministry in Broughshane