The Presbyterian Church calls for vigilance regarding scamming and cold calling after a recent meeting. The PCI’s Council for Social Witness welcomed Eddie Lynch, the Commissioner for Older People for Northern Ireland as they discussed ‘Who’s Calling?’ This is the Commissioner’s recent research report into the levels of cold calling and scams targeted at older people. 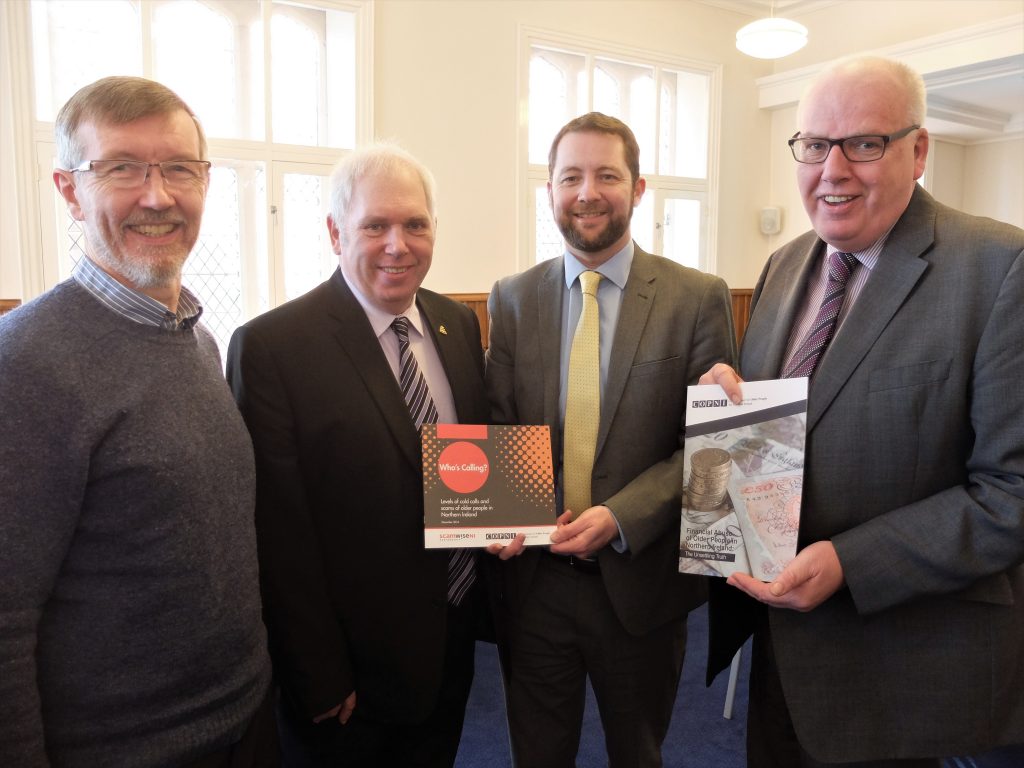 Describing the report as both ‘timely and highly concerning’, the Council convener, Rev. Dr. Trevor McCormick, welcomed Mr. Lynch to the meeting. He also detailed the report’s findings and emphasised the need to be vigilant.

“As a Church we currently provide residential care and supported housing to some 280 older people across 12 locations in Northern Ireland and the Republic of Ireland,” Dr. McCormick explained.

“With congregations in regular contact with older people through Senior Member Groups and Luncheon Clubs, the report is both timely and highly concerning, so it was important for us to hear first-hand from the Commissioner the dangers involved and what precautions can be put in place,” he said.

Dr. McCormick noted the Council’s Older People Services Committee’s concerns that more than 1,000 people in Northern Ireland had been identified as being on a so-called ‘suckers list’. These are victims who have already been scammed and had their details ‘sold on’ to other scammers, saying that “we have a duty to raise awareness of this issue.”

Welcoming the opportunity to speak about the report, Mr. Lynch said, “I have been concerned for some time that the targeting of older people for scams has been on the rise. My research has found that many older people are constantly receiving unwanted telephone calls to their home.

I am encouraging older people to become scam aware and consider ‘Who’s Calling?’ Older people are usually very courteous but they should not be afraid to hang up on unknown callers and put junk mail straight in the bin,” he said.

The Commissioner’s office is part of a Scamwise NI partnership with other organisations including the Police Service and Trading Standards. Scamwise NI have identified four ways to stay ahead of a scam by using the ‘Scam Test’ to identify possible scams. These are –

The Presbyterian Church calls for vigilance regarding scamming and cold calling, especially among those who are older and more vulnerable.

Dr. McCormick said, “It is really important for everyone, family, friends and neighbours to draw attention to those who are vulnerable, especially those who are living alone, or simply more trusting of others, to be aware of the dangers of cold callers and potential scams. Like the report itself, today’s briefing was very useful.”

If you feel you are a victim of scamming, or know someone who may be a victim you can contact the following organisations:

NO OTHER NAME at Whitewell Metropolitan Tabernacle