You can now donate online to support Black Santa. For 40 years, Belfast’s Black Santa has held a pre-Christmas sit-out at St Anne’s Cathedral. This has helped raise funds for many charities across Northern Ireland.
The funds raised on the Cathedral steps are channelled to charities and community organisations who work all year round to make life better for others. 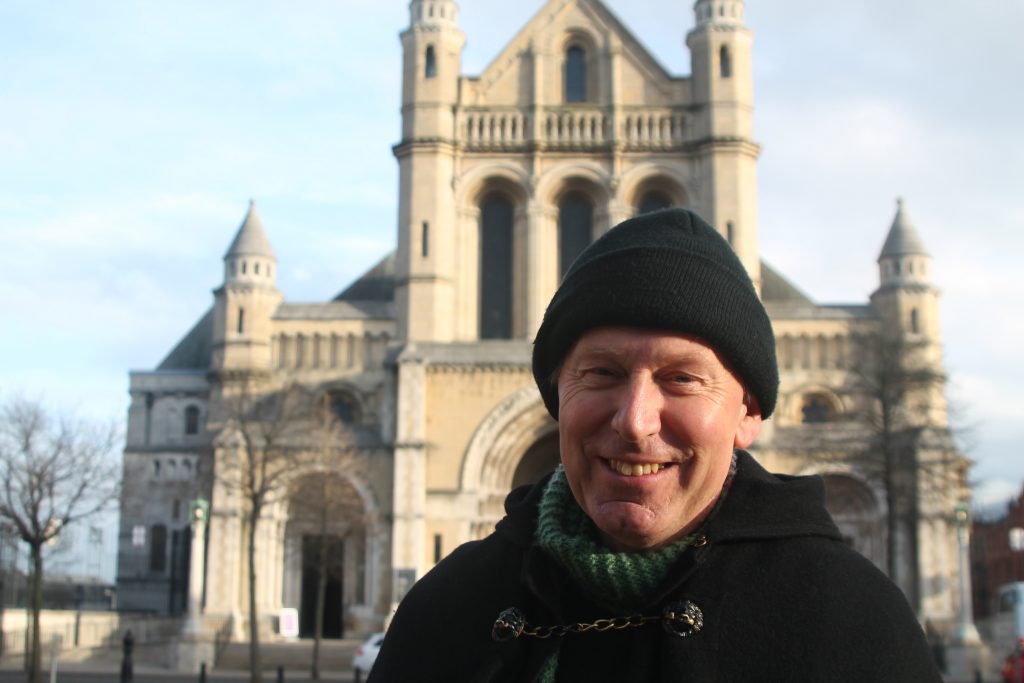 Several charities in the Ballymena area received grants from last year’s sit-out. They included Samaritans Ballymena, the Lighthouse Hostel and Ballymena Family and Addicts Support Group.
Black Santa was established by Dean Sammy Crooks. In 1970 he set about raising major funding to complete the Cathedral, a project that had been on-going since 1899.

In 1975 severe flooding in Bangladesh resulted in many thousands of deaths. Dean Crooks decided to stand on Donegall Street outside his Cathedral to collect money for the disaster appeal. This impromptu collection was so successful that he was persuaded to repeat it the following Christmas, using the slogan: ‘Give and let live. Save the children, feed the hungry, heal the sick. Please don’t pass them by.’

The Dean was dubbed Black Santa by the media and community because of the Black Anglican cloak he wore to keep warm.
Forty years on, the Black Santa tradition has raised many millions for charities and community organisations. This year the Dean of Belfast, the Very Rev John Mann began his sit-out on Friday 16th December. He will continue the sit-out until late on Christmas Eve.

For the first time, the Dean has set up Black Santa Just Giving page. Anyone who would like to support the Black Santa Sit-out but cannot get to Donegall Street can now do so easily online.
He is hoping that in this, his sixth Black Santa year, he can reach his £200,000 target.

“We remember that whatever is raised, little or great, it will benefit someone, somewhere, who would be the poorer but for this great St Anne’s and Belfast tradition. The generosity of the people who give to this fund never ceases to hearten and amaze me,” Dean Mann said.

To make an online donation to the 2016 Black Santa Appeal, please click here to go to his JustGiving page.