Fifteen year old Alice Lindsay is releasing her first solo CD. Alice, who is from Lisbellaw, Enniskillen is looking forward to releasing the CD entitled ‘My Lighthouse’.

Alice grew up listening to her mum Lynda singing gospel songs across the country over the years. Her love of singing and in particular her love of gospel music is very much evident in this album. Lynda is delighted to see her daughter Alice following her footsteps and join her at gospel concerts over this past few years. Many people have been asking Alice when she was going to make an album of her own. 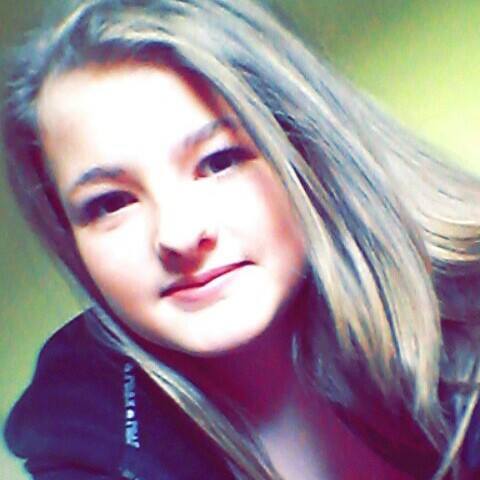 Alice has developed her own style and though there is a touch of her mum’s influence in this album, you will also see some contemporary Christian music as well. Alice is thrilled to have James Strange of CRM Music involved in producing this CD. He has also recorded all her mum’s albums. His incredible musical ability and talent has been well used on this album. As well as producing it, he is also singing backing vocals, along with Alice’s mum Lynda, on the recording.

Alice has been part of the Voices of Praise for a couple of years now. This year she was featured as one of the soloists in their annual concert. She also plays the accordion and piano and plays for the Lisbellaw Accordion Band as well as singing in the Devenish College School choir.

Fifteen year old Alice Lindsay is releasing her first solo CD. ‘My Lighthouse’ will debut at an event in Enniskillen on 1st December 2016. 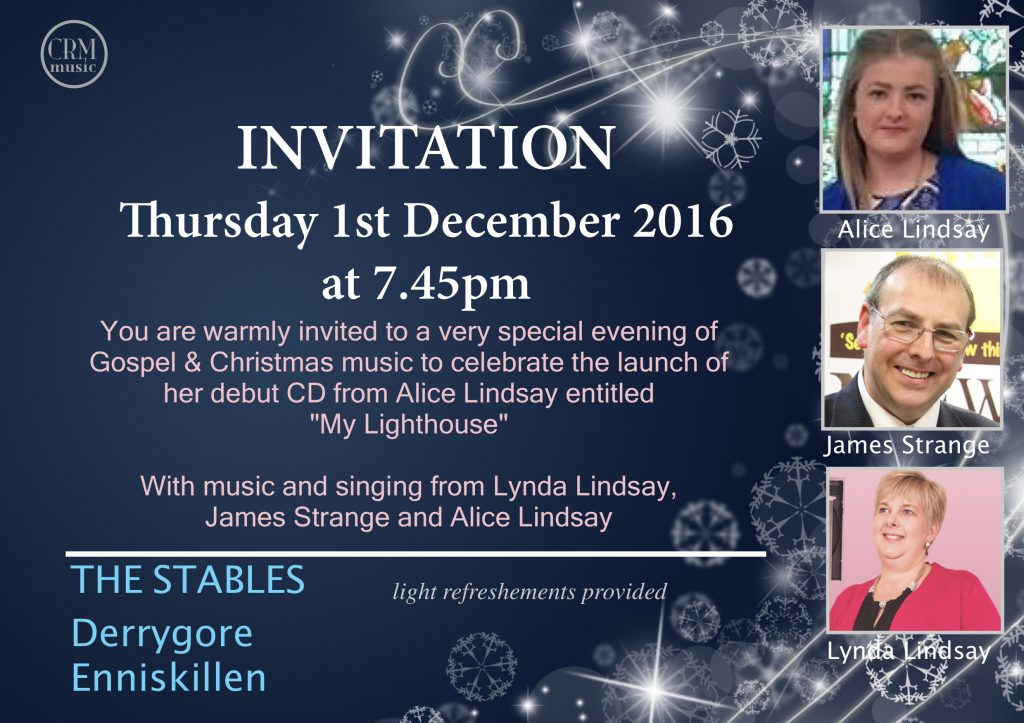 Alice will be releasing this debut album at a Gospel and Christmas Concert at The Stables, Derrygore, Enniskillen on Thursday 1st December 2016 at 7.45pm.

Also taking part on the night will be her mum Lynda Lindsay and the album producer, James Strange. This will be a night to look forward to and will warm your heart. Free admission with some light refreshments included. Everyone welcome. For more information about this concert and others check out CRM Music on Facebook here.