Jimmy Cricket Performing At A Christian Concert In Portstewart

A committed Christian, Jimmy Cricket was born in Cookstown. He has been working as a professional comedian since the 1970s. 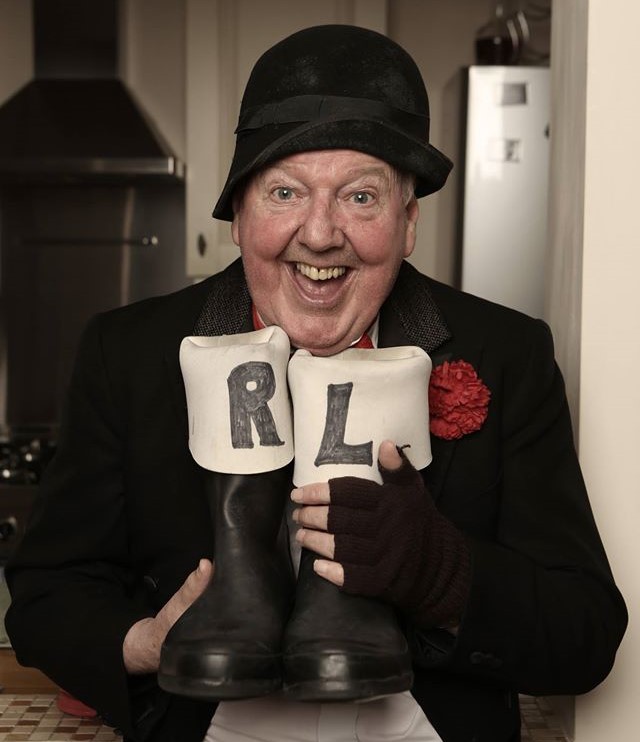 Jimmy was later given his own television series on a show called ‘And There’s More’ This was named after his best-known catchphrase. He also had his own radio series for BBC Radio 2 called Jimmy’s Cricket Team, written by Eddie Braben and starring Peter Goodwright, Bill Pertwee and Noreen Kershaw.
Many of you will also remember him featuring in The Krankies Klub alongside the Krankies and Bobby Davro. He also appeared in numerous Royal Variety Shows.
Jimmy was the subject of This Is Your Life in 1987 when he was surprised by Eamonn Andrews in central London. This was the last edition that Andrews presented.
Cricket was one of a number of veteran performers to appear in the video for the 2007 Comic Relief single. A cover of The Proclaimers’ song “I’m Gonna Be (500 Miles)” with Matt Lucas as Andy Pipkin and Peter Kay as Brian Potter.

Come and see Jimmy Cricket performing at a Christian Concert in Portstewart Town Hall. The well known comedian and committed Christian will be on stage on Monday 7th November from 7:45PM. Tickets available or pay at the door.

A spokesperson for LM Promotions, who are organising Jimmy’s concert in Portstewart, said the following. “Jimmy Cricket is a gentleman who performs good clean family fun with great humour and a great night is expected.”

Other artists are Martin Moore and the nationally acclaimed Benn sisters. Also taking part will be Margaret Johnston and country singer Kenny Neely.

Don’t forget you can catch Martin Moore and his Gospel programme, ‘Count Your Blessings’ every Sunday. He’s on air from 2:00pm-4:00pm on Radio North 846 AM. For more information log on to the Radio North website here.