Kingdom Connections host American evangelist Eric Burton at Living Rivers Church on Friday 23rd September 2016 from 7.30pm. Living Rivers is at 2-4 Railway Street, Ballymena BT42 2AB.
The evening is being billed as ‘A Night Of Holy Ghost Fire With Eric Burton.’ Eric is an evangelist based in Terre Haute, Indiana, USA. 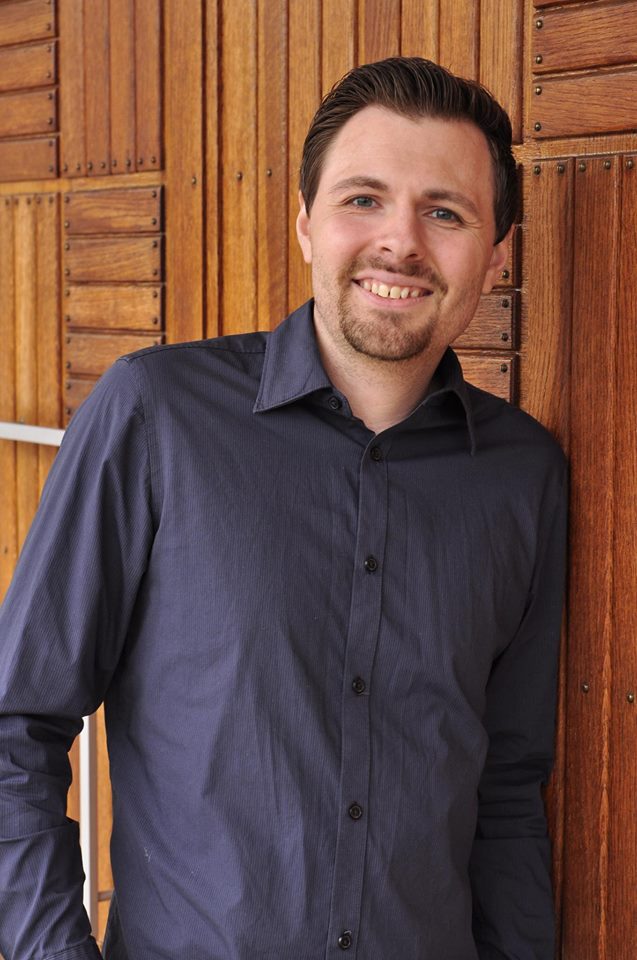 Apart from his evangelistic ministry, he owns a media business installing sound systems, creating graphics, and more. Eric and his wife Courtney began their ministry at Northview Assembly of God church in 2006. Eric’s father, Pastor Randall E. Burton, planted the church in 1995 in Columbus, Indiana. He continues to pastor there to this day. Eric and Courtney were on staff at Northview for six years leading the youth group, media team, catering events and helping with many other ministries. They were both very involved with the worship team as well.
In 2010, Eric and Courtney felt the leading of the Holy Spirit into college ministry. They moved their family to Terre Haute and became Chi Alpha missionary associates to Indiana State University. After a couple of months at Indiana State, Eric accepted a position with the state director of Chi Alpha as media director. Eric and Courtney served in Chi alpha for a period of 2½ years. During that time period, Eric was able to reach a young man named Aaron, who is a former drug addict. Eric led Aaron to Christ in the commons area at ISU and began discipling him. Aaron is now a student at the Indiana School of Ministry, seeking ministerial credentials through the Assemblies of God.

After several months of praying and seeking the direction of the Lord, Eric and Courtney sensed the Lord’s timing on launching an evangelistic ministry. The focus of this ministry is very simple “Spreading the fires of outpouring to the world.”

American Evangelist Eric Burton at Living Rivers Church, Ballymena on Friday 23rd September from 7.30pm. ‘A Night Of Holy Ghost Fire With Eric Burton’ is being hosted by Kingdom Connections.

Looking forward to the event, Nigel Dallas said: “Kingdom Connections are delighted to announce an evening with the American evangelist Eric Burton at Living Rivers Church, Ballymena. We’re looking forward to a night of Holy Ghost fire. Make plans to join with us! The Holy Spirit is working and moving all across Ireland and this will be a night of encounter and equipping not to be missed.”
For more information on Eric Burton Ministries, log on to his website here or Facebook here. Discover more about Living Rivers Church here.

PCI Series Of Seminars Entitled On Being Human