Rt. Rev. Dr. Frank Sellar, the Presbyterian Moderator officially opened new halls at Drumbo Presbyterian Church. The new church halls were recently dedicated and opened at a special weekend service attended by members of the congregation, local elected representatives and community groups based in the village. 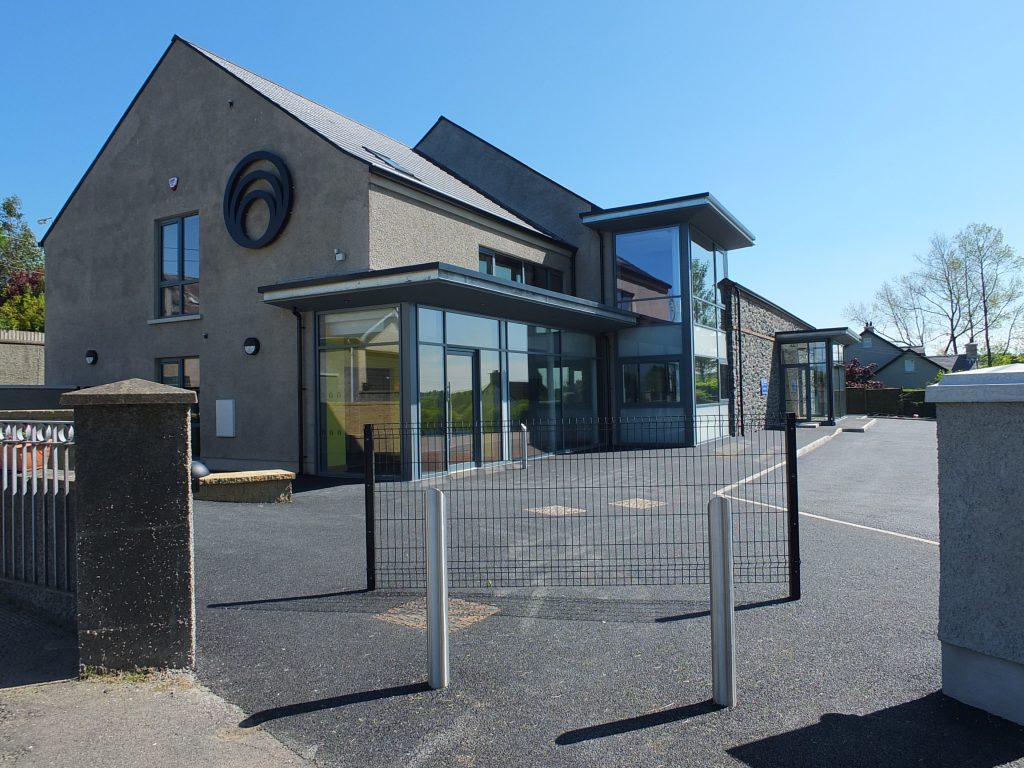 Speaking to members of the congregation and guests at the recent opening, Dr. Sellar expressed his admiration for those who had worked so hard to bring this project to completion and encouraged the congregation quoting from Romans 12 verses 11 and 12. “This is a special day in the life, ministry and witness of the Church in this village and surrounding area and it is a privilege to be here with you,” Dr. Sellar said.

“In days of bewildering change within contemporary society, the church has a specific role to radiate the love of Christ and bless the community in which it is set. So can I encourage you in the words of the Apostle Paul, ‘Never be lacking in zeal, to be aglow with the Spirit and to serve the Lord’ as this new chapter opens in Drumbo.”

The £815,000 new building has 4 rooms that will seat between 20-60 people, a sports facility and café lounge area and will be used by various organisations. This includes the Boys’ Brigade and Girls’ Brigade and local community groups.

Drumbo’s minister, Rev. Adrian McLernon, explained that the new halls follow in the tradition of the previous building on the site, as a place not just to be used by the church but by the local community.

As the Moderator officially opened new halls at Drumbo Presbyterian, their minister was keen to point out they are to be used not just by the church, but by the whole local community.

“Way back in 1894 the Presbyterian Church in Ireland built a school on the site that was managed by the Church until it came under the control of the old Stormont Government in the 1920s. The school was opposite the church in Drumbo and when in the 1950s the children left for a new school we received the building back.

For more than 50 years we used it, as did the local community, but in later years it really needed a lot of upkeep, so in 2013 we took the decision knock it down and rebuild.

When we started this project we looked at the minutes from the 1890s to see what was said about the decision to build the school. The reason was “to build a school for the community and large enough to facilitate the church’s need.

In many respects, nothing has changed. Today we celebrate a new phase in the life of the village and the story of our church, as our new building continues being a part of the community to the honour and glory of God in this place. We are very grateful that the Moderator was able to dedicate and officially open it for us.”

The first Presbyterian Church in Drumbo was established in 1655. The current church, which dates from 1882, has 300 families drawing around 800 people from Drumbo itself, Dromore, Hillsborough, Lisburn and Carryduff.

You can read more about the history of Drumbo Presbyterian Church and get contact details here.

People in Focus – An Event On Global Mission