Ballymena Pastor Is Set For Rio 2016

As a superb summer of sport continues, a Ballymena Pastor is set for Rio 2016. Billy Jones, currently the Assistant Pastor at Ballee Baptist Church, plans to undertake some Christian outreach work during the Olympic games alongside his daughter, Rebekah, who is a member of Pegasus Hockey Club in Belfast. Several athletes from Northern Ireland are set to take part in this year’s games and Billy & Rebekah will be there to cheer them on.

The 2016 Olympics will soon be getting underway in the Brazilian city, starting on Friday, 5th August. 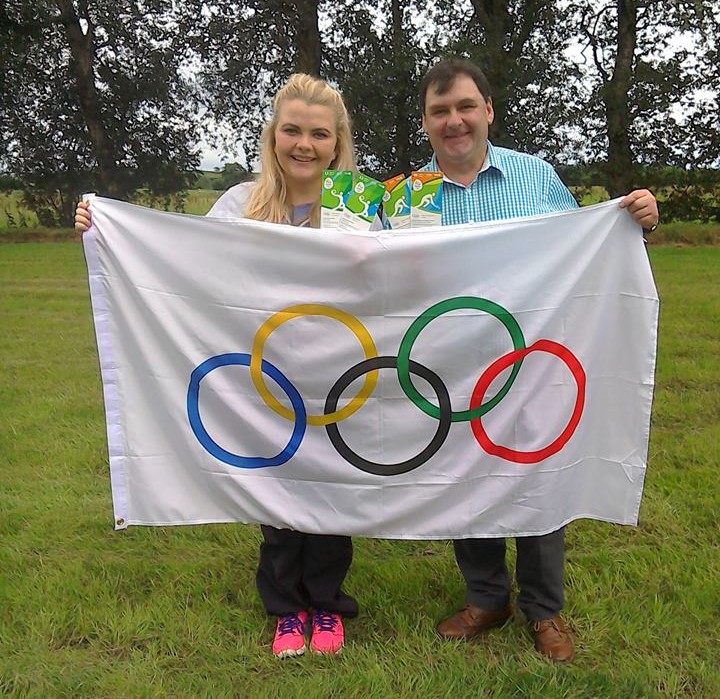 The nation of Brazil already occupies a special place in Billy’s heart because he, his wife Agnes and their daughters, Sarah and Rebekah, served as full-time missionaries there from 1995 until 2005.
They have never forgotten the country or it’s people. Billy returns on a biannual basis to undertake outreach work.
Explaining a little about what he will be doing this time round, Pastor Jones said, “I will be working with the Nilopolis Evangelical Church. They have a sports ministry and one of the games within that is Hockey, hence I am taking some sports kit and hockey sticks out with me.”
Qualified hockey umpire Billy has already met with the Irish team that will be going for Gold in Rio, some of whom have also donated clothing and equipment to the sports outreach.
During his expedition, Billy will also leave some Portuguese-English bilingual Bibles with one of the Brazilian international hockey players, who is also a Christian. He hopes to use them amongst athletes in the Olympic Village.
Also in Billy’s suitcase will be a number of ‘solar Bibles’. These have the Bible stored onto a microchip which is recharged daily by the sun. Through these, Christians in Brazil who have literacy difficulties can access and memorise the Word of God.

Billy Jones, a Ballymena Pastor is set for Rio 2016. He is going to distribute Bibles and share his faith at the Summer Olympics.

Additionally, Billy has also been approached by some Irish spectators to do some interpretation and orientation work. God willing, this will also enable him to undertake some discreet outreach work.
Of course, Billy and Rebekah also hope to be able to take in some of the games as spectators – they are looking forward to watching hockey, beach volleyball and athletics.
As they look forward to their time in South America, Billy and Rebekah ask for prayer regarding for a number of issues while they are away.
Billy says: “Pray for our safety on the journey out and also for our time in Rio. It is a huge city and some of these events are on in the evening, which tends to increase the possibility of there being some danger.
“Also, there is quite a lot of poverty there. You can find yourself in an area that has people living on the streets in poverty next door to a mansion. They see westerners and think we are rich. So, pray for wisdom as we are out and about in these locations and also for God’s hand of protection upon us.”
“Finally, pray that the Lord would give us opportunities to share our faith. That is most important and that is the real reason for going out. The sport just happens to be taking place and we will enjoy that but sharing the Gospel message is our main interest and goal which we go to Brazil”, concludes Billy.

If you want to find out more about the 2016 Olympics where Billy will be reaching out with the message of hope click here to go to the official Rio 2016 site.

Soon after Billy returns home, he will be taking up a new ministry as pastor in Dunseverick which you can read about here.