American born vocalist, Dustin Black launches his first solo album called ‘At The Altar’. The singer who is now based in Northern Ireland will launch this new solo album at the Old Courthouse in Antrim on Saturday, 16th July 2016 at 7.00pm. 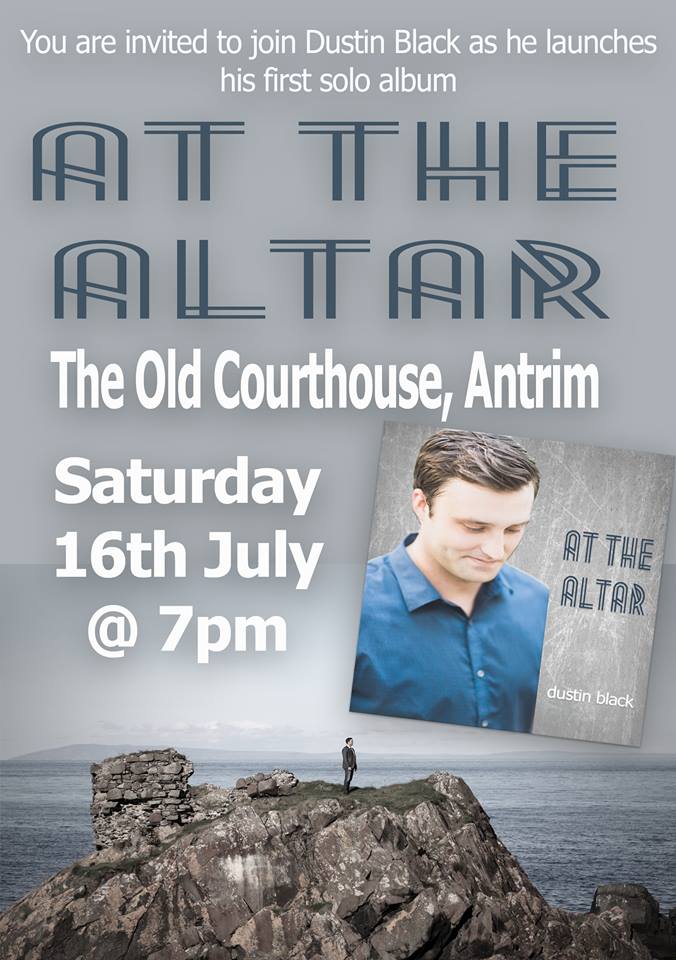 Dustin Black launches his first solo album – At The Altar – on Saturday 16th July at 7.00pm in The Old Courthouse, Antrim at 7.00pm. Everyone is invited to what will be a great night of Christian music with Dustin Black and special guests.

Dustin was tenor with The Mark Trammell Quartet in America but is now living in Northern Ireland and is tenor with Simple Faith. Dustin is a singer/songwriter. He is releasing his first album which features some popular songs along with a collection of songs Dustin has written himself.
The album has been produced by James Strange of CRM Music.
Looking forward to the launch, Dustin told The Church Page, “I would like to invite you to join with me as I launch my first solo album – At the Altar – on Saturday 16th July 2016 at 7pm in The Old Courthouse, Antrim. I am very blessed and excited to announce this date! I am grateful for all the work that has went into this and I pray the entire album is a blessing to many! Come and join us as we lift the name of Jesus higher! We have a great venue, and some very talented special guests! Hope to see you there! Admission is free with the album on sale on the night.”
Joining Dustin on stage on this special occasion will be Simple Faith, James Strange, Jonathan Cairns and Rachael Black.
After the launch, Dustin’s album will be available on Itunes in addition to physical CD format.
For more information, check out Dustin Black Music on Facebook.