The Rev Andrew Campbell has been apppointed new rector for St Patrick’s Church Broughshane after the retirement of Dean Bond. Having been Curate Assistant of the Parish of Bangor Abbey, Andrew has been appointed as rector of the Parish of Skerry, Rathcavan and Newtowncrommelin. This area encompasses St. Patrick’s Church, Broughshane.
Andrew, who is married to Allison, was ordained as a deacon in September 2012 and served an internship in St Anne’s Cathedral, Belfast. 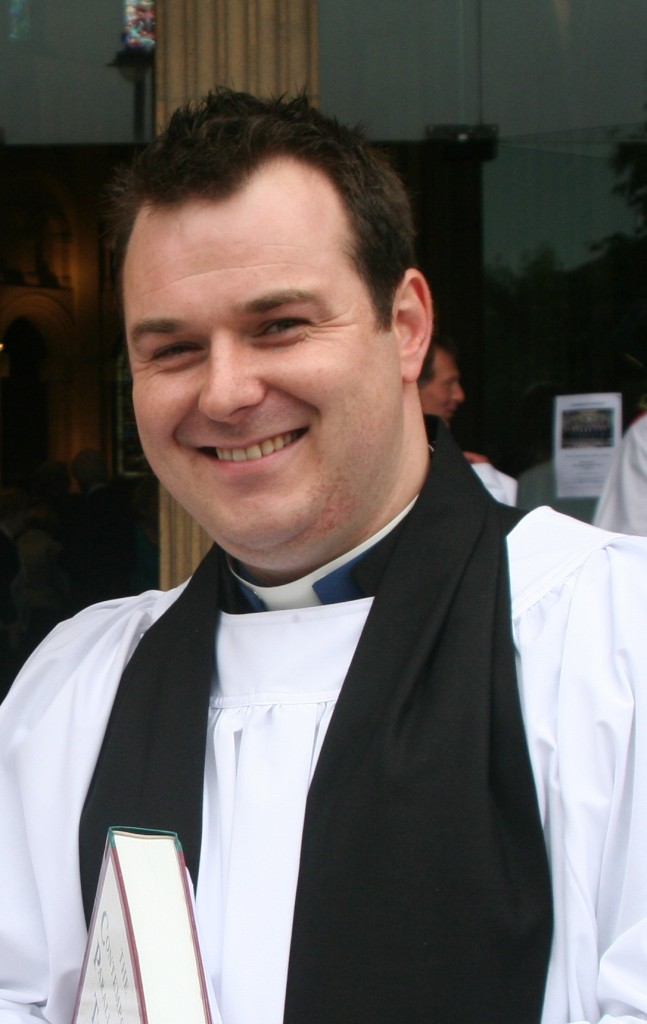 He has been curate assistant of Bangor Abbey, Diocese of Down and Dromore, for almost three years.
A native of Carrickfergus, Andrew was educated at Belfast High School and read Ancient History and Byzantine Studies at Queen’s University. He went on to read Theology at Union Theological College.
Prior to his ordination, Andrew worked with the Church of Ireland as the student worker in the chaplaincy team in both the Jordanstown and Belfast campuses and as a youth worker in St Nicholas, Carrickfergus.

Andrew, who is working on the final stages of a PhD thesis on the ethical impact of Jesus’ death, described his move to Skerry, Rathcavan and Newtowncrommelin as ‘a new and exciting phase in his ministry.’
“I am both daunted and excited,” he said. “It will be a different type of ministry, but I am also sad. I had a lump in my throat when the announcement went out. I have had a great time in Bangor Abbey, with a great set of people and a great rector to work with.”
He said the move from curate to rector would be ‘a scary thing,’ and admitted that in following Dean John Bond, who retired as rector of the parish in January after almost 17 years, he would have ‘big boots to fill!’
But Andrew said following Dean Bond and the legacy he left was something that attracted him to the incumbency.
Looking back to his internship in St Anne’s, Andrew said: “It was a great privilege to have worked with both Dean John Mann and Canon Ronnie Nesbitt. I had very happy times at the Cathedral. It is a wonderful place.”
At the time of writing, no date has yet been set for the institution of Rev Andrew Campbell.

You can find out more about St Patrick’s Church Broughshane and the Skerry, Rathcavan & Newtowncrummelin Parish on the website here.

Sponsored Walk For The Smiles Foundation