Local woman Kat Duncan’s mission with Latin Link in São Paulo, Brazil, working alongside her own charity Fight to Flight, has been to help put an end to child sex trafficking in this part of South America. Since she came to know the Lord personally four years ago, the young Kells woman recalled how God began to speak to her very directly about Brazil. Following what she describes as a ‘Damascus Road’ experience, former Activity Therapist in Rylands Nursing Home, has since been on a journey during which God has been answering her prayers. 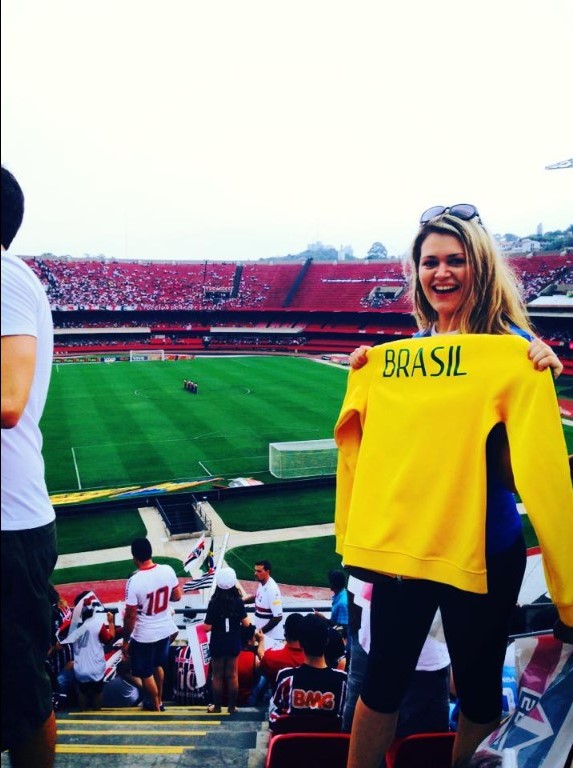 Taking up the story, Kat continued: “I remember the first time I watched a film documentary about what was happening out there I sat up that night and cried. I prayed: “Lord, don’t ever let me forget what I have seen and whenever I do, keep me awake to do whatever it takes.”
“The Lord did just that. He started to open doors and direct my steps; I went to Belfast Bible College and the right people and right opportunities came at the right time. When you open up your heart to Gods will, He will make Heavens resources available to you,”she said.
After two years of study at Belfast Bible College, Kat went to Brazil on a short term ‘Stride’ placement under the supervision of long-serving missionary, Verna Langrell.
On her first morning doing outreach on the streets of São Paulo with Verna, the Lord miraculously brought US couple Tim and Becky Anderson across her path. The couple, who already had been missionaries for eight years in São Paulo “just happened” to be in the process of opening an aftercare home for children who have been rescued from horrific exploitation.

God willing, Casa Liberdade (Freedom House), will open in June 2016. Intended for girls aged 0-17 years, it will offer a safe place for up to 12 children to live, and be healed and learn to express themselves through Creative Arts.

Says Kat: “I have a background in theatre and I am interested in incorporating therapies such as drama therapy as one of our treatments that will be available to the girls because it will help and encourage the girls to express what they are going through without feeling under pressure.”
“We are going to have art, music, drama, song-writing etc – and we are hoping to use an aftercare programme specialised by an American NGO to train us in working with trafficking victims using the arts in order to support them in the opening of their hearts to talk freely about what has happened to them. Legally, we also have to have two psychologists on the premises”, she explains.
The need of such a facility is evidenced by the fact that Brazil is the second largest market in the world for child sex trafficking.
Some of the sex workers are as young as SEVEN when they are forced to enter this life of abuse, torment and slavery.
During a visit to some of the brothels in Belo Horizonte, which is the sixth largest city in Brazil, Kat felt physically sick as she watched men stream in and out of these buildings in broad daylight at 2pm in the afternoon.
Momentarily, whilst visiting the girls in the brothel she also felt the degradation of being ‘sized up like a piece of meat’ by clients as they passed by the rooms used by working prostitutes.

Predictably, Kat is ‘excited beyond words’ by what God has done as the home gets ready to open.
She is asking anyone who can, to consider sponsoring ‘Casa Liberdade’; as little as £5 per month can make a life-changing difference.
Leaving some prayer points, Kat also said:

You can find out more about the work of Latin Link here and to support Kat Duncan’s mission with Latin Link in São Paulo, go to their website here and click on the ‘Casa Liberdade’ project, or you can click on Kat’s personal support if you feel lead to support her to continue living and working in São Paulo, Brazil.