Work on the Jonathan Boyd Home for Differently Able Children in India is progressing well, according to a four-strong delegation from United Grace Mission who recently visited the site.
The visiting group from UGM, which included Jonathan’s parents, John and Grace, travelled to Kerala in the south west of that vast nation. “We were delighted to see construction well under way at the new Jonathan Boyd Home,” they said. 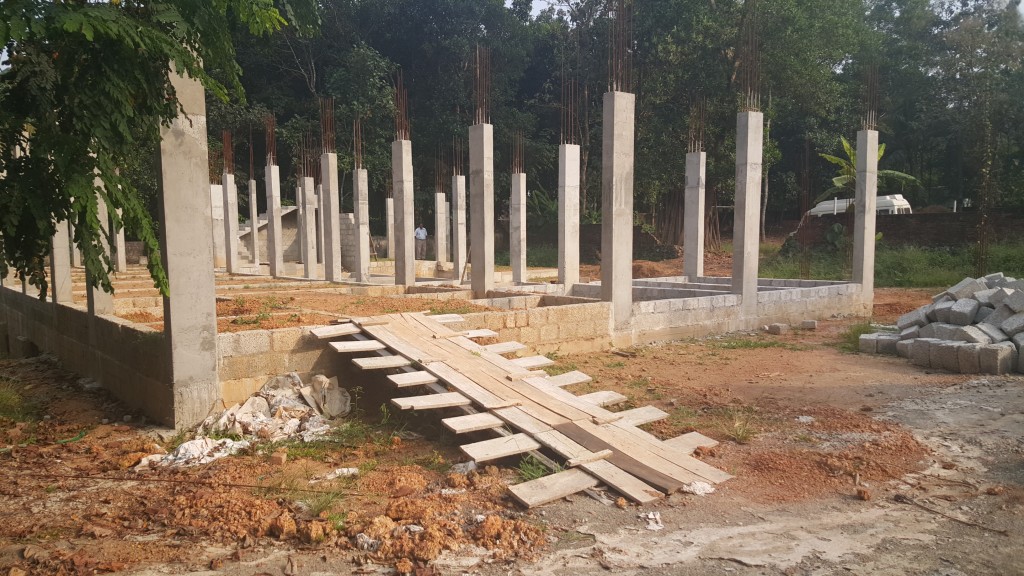 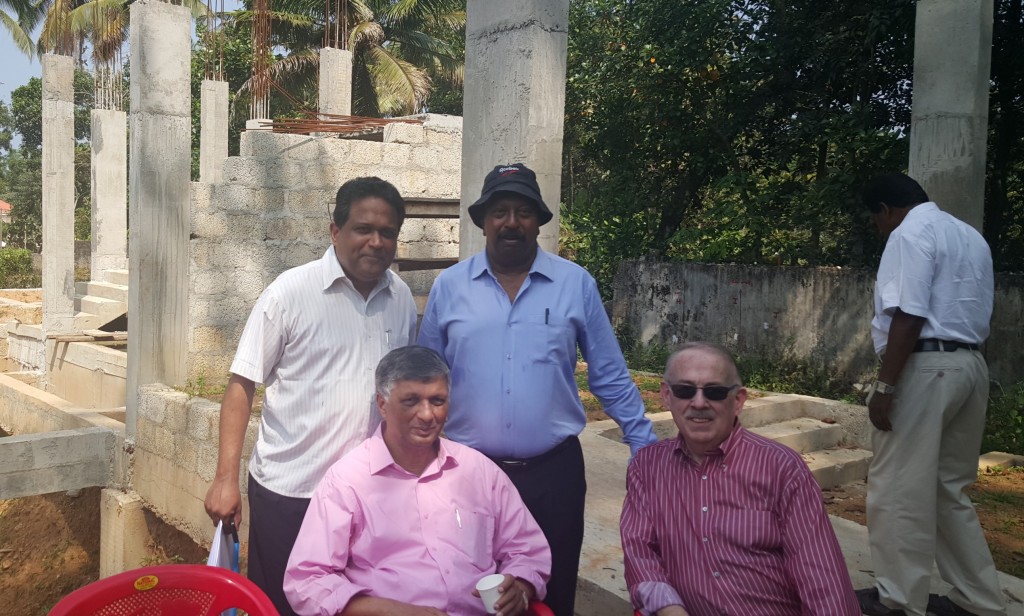 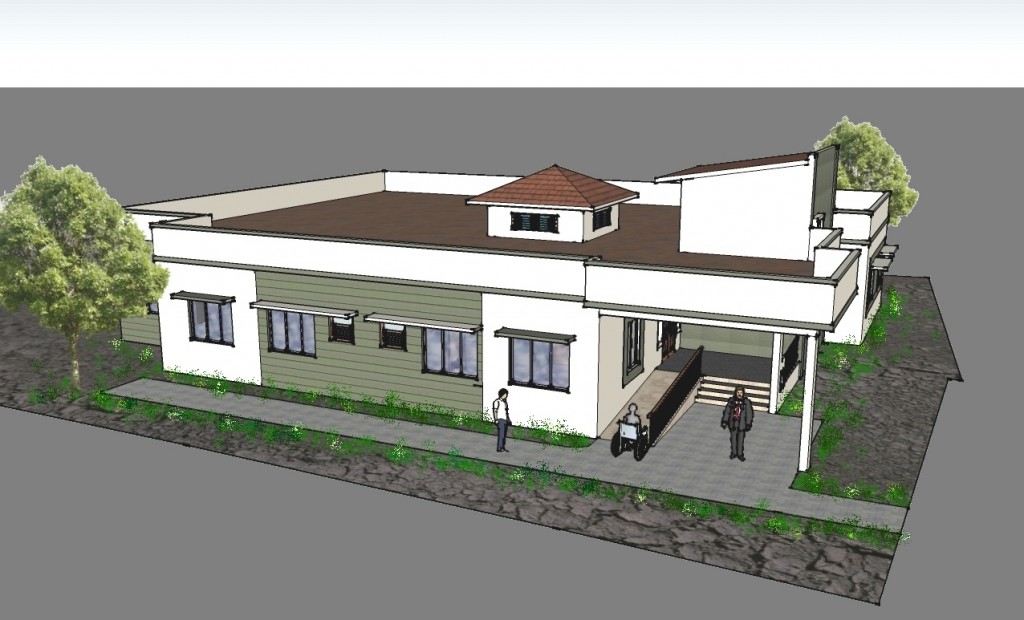 The work at the Jonathan Boyd home is progressing well.

During a two-week expedition, they, along with Sidney and Hazel Johnston, met with builders, architects and care professionals associated with this exciting project.
Talking about what they saw on this most recent trip, John said: “We came back enthused, happy that things are on track albeit, we had a little bit of a delay because of the rainy season. It was longer than normal and meant that work on the site was rained off so that slowed things down a bit.”
“We are still aiming for an opening in February 2017, that is a few months later than originally planned but we are very happy with progress”, he added.
As well as inspecting plans for their own facility, Sidney, Hazel, John and Grace also enjoyed visiting a day-centre for children and young people with disabilities in the city of Cochin.
Although this was a government-run project, the lady who manages it is a Christian and the United Grace Mission representatives where impressed by what they saw.
John continued: “A full range of services operate there. The building includes a a physiotherapy room and sensory room. They have their own speech therapist and occupational therapist.
Importantly, the Jonathan Boyd home will also provide speech, occupational and physiotherapy service. A qualified nurse will also be on the staff there and potential managers will be expected to have a degree in Heath and Care in addition and be willing to undertake addition training through the state run programme.
Interestingly, the Jonathan Boyd Home project will be situated close to a Bible seminary which provides theological training to 160-170 students from numerous regions in Asia such as Burma, Nepal and China.
Recalling some of his experiences there, John remembered: “As we drove up they were having morning devotions and they were singing ‘Bless the Lord, Oh My Soul’; the noise going out all over the campus in the middle of India was something else. We had some great times with those students.”
“I was asked to speak at their morning devotions, so they lifted me out of my comfort zone and put me in to speak to these students. Some of them were graduating just after we left with a Bachelor of Theology in a faculty of about 40 professors and there I was talking to them! We had a wonderful time with there”, smiled John.
During their final morning at the seminary, John and his colleagues took part in a communion service, which lasted nearly four hours. As part of this, they heard two particularly moving testimonies from two of the students who would soon to graduating. 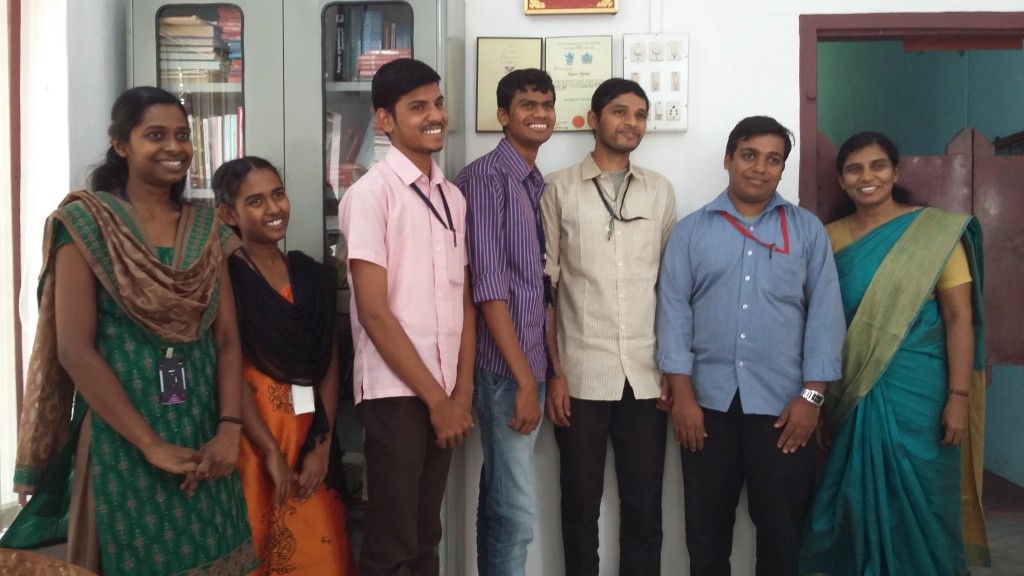 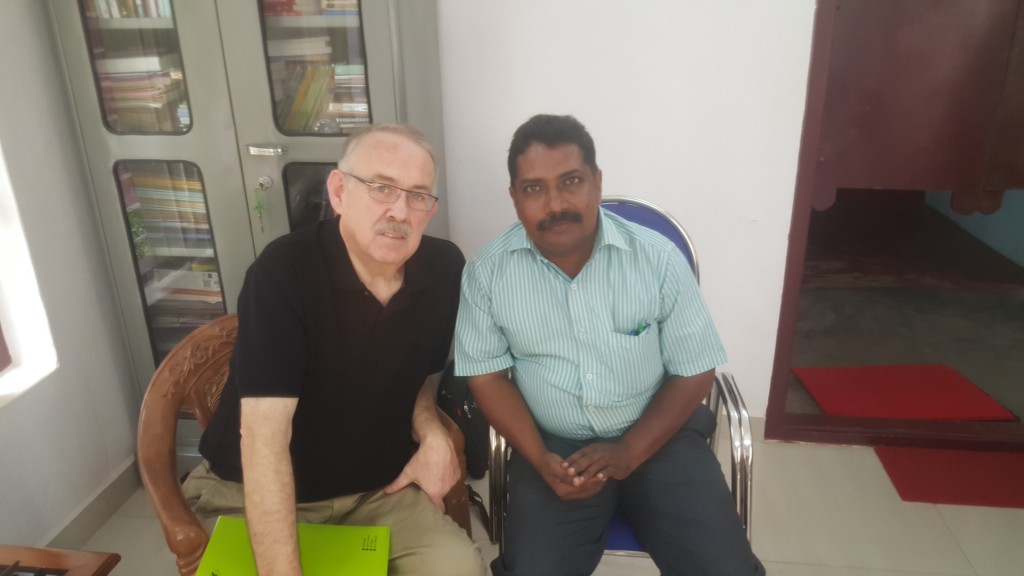 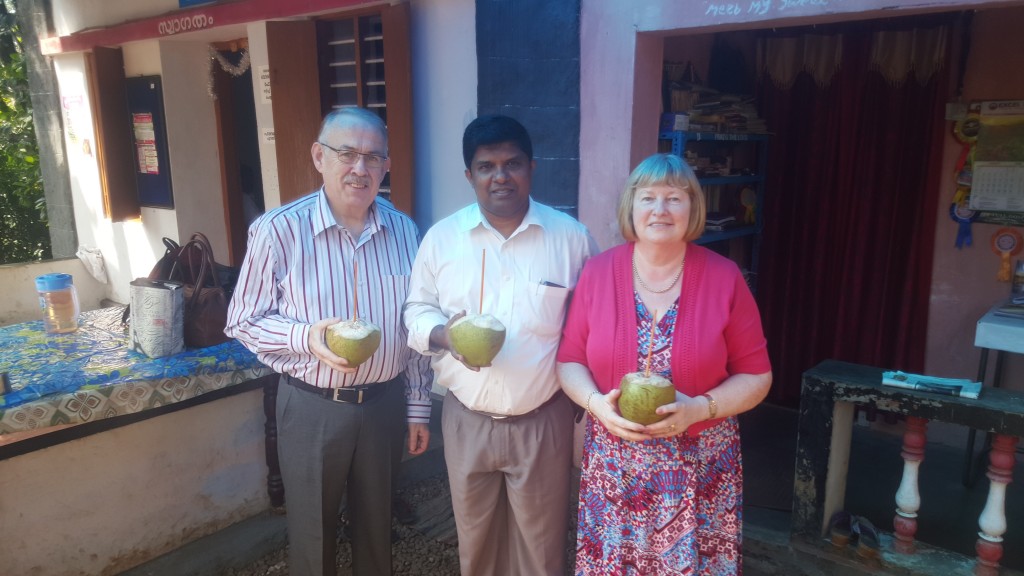 Telling their story, John began: “One young chap up from Nepal and he gave his testimony. It was one of the most moving testimonies I have ever heard. He told how he had been a Hindu and that he and his wife had got saved. They have one son. When they told their parents that they had become Christians he said there was opposition but that it was not unbearable because he had been so wild that his parents were almost glad to see that he had settled down. But he and his wife then went to tell his parents that he was going to Bible College. His father wasn’t happy but said: “I have got to accept you are an adult but once you go through the door of our house you are no longer our son.”
“So that man went to the college, did three years and was graduating the following week with a Bachelor of Theology and was going back to his village. He had no supporting Church but he said: “The Lord has called me so I am going to work amongst the people.”
Recounting the second testimony, John said: “Another young man we met had walked for something like a week and a half from Burma, studied for three years and was now going back to Burma on foot. It was take him two weeks to get there. He couldn’t take his Bible or any text books in, all he could take in was the clothes he was wearing and all he had retained from his three year’s study. To me these are young people who are suffering for Christ.”
John also had the privilege of preaching at a small village church, attended by around 40 believers. His sermon based on Jude 24-5 – the only wise God, with all dominion, power and majesty. He later discovered that his talk also heard by a woman from the Hindu faith who lived nearby and stood at the outside window to listen.
God willing, John will return to India next month. In the meantime, he and his colleagues at UGM request prayer in the following areas:

For further details about how you could get involved in the work of United Grace Mission or to find out more about the work at the Jonathan Boyd Home you can contact John on 02825 653070 or 07715418766. Email: oaklands16@btinternet.com. Alternatively, log on to their website here.