Since it was established in 1998, United Grace Mission (U.G.M) has sought to reach, teach and care for people in India, in obedience to the ‘great commission’ in Matthew 28, verse 19-20.
Its founder, the late Pastor Tom Orr, had a big heart of the people of that vast nation, which is home to the second largest population in the world.
The work which Pastor Tom began has impacted immeasurably in the lives of children with special needs, women, struggling believers and those who minister God’s Word in the sub-continental region. 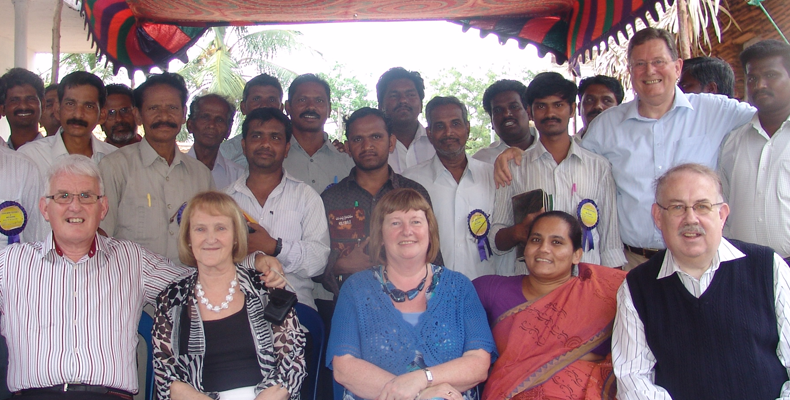 As the mission expands, younger workers are being sought in order to continue to reap the harvest of souls that God has sown and nurtured there.
Ballymena man, John Boyd, who is on UGM’s Board of Directors says: “Young people are often more interested in spiritual things than the older generation give them credit for.”
“My aim is to harness this enthusiasm for good and to give young people something to be actively involved in. We also want to identify leaders for United Grace Mission in the future so we don’t end up with a group of young people in the Church who talk about mission once every six months but that they actively become involved – a part of UGM Youth, sharing the floor with me as I talk about the work. We want young people to take ownership and catch the vision and passion for people out in India”, he explains.
UGM’s work in India is extensive. The Mission currently provides financial support to 25 pastors there in addition to increasing their Biblical knowledge through the Education by Extension programme.
Ladies are also given the opportunity to hear the Gospel as they also learn to knit and sow. Children are also cared for in various ways – a special fund for orphans has been set-up, which is named after Tom Orr’s wife, Mary.

United Grace Mission – bringing material help and the message of the Gospel to the people of India.

During his most recent visit to India, John had the privilege of ministering to residents of a leper colony which has been established by UGM.
Recalling the experience, he said: “I preached them a message from Proverbs 25:25 ‘as a drink of water is to a thirsty soul’ so is good news from a far country.’ If you can imagine 60 or 70 lepers sitting, singing hymns with all the problems they have. Our message to them was: ‘We have brought you good news from the UK, here are bags of rice but forget about those for a minute here is better news from a further country – a message that will bring you hope, salvation but will bring you the knowledge that one day you and I will be in Heaven, but not in this body, in a new one.”
God blessed that meeting, by bringing 70% of those who heard John preach, to saving faith in Him. UGM will continue to provide for the leper colony by giving food, medicine and treatment to those who live there.
Translation work is also a very important aspect of UGM’s mission. Sermons written by Tom Orr and well as the latest manuscripts by respected Pastor and author, Sam Carson, are or have been made available in Indian tongue, thus providing spiritual nourishment for readers. 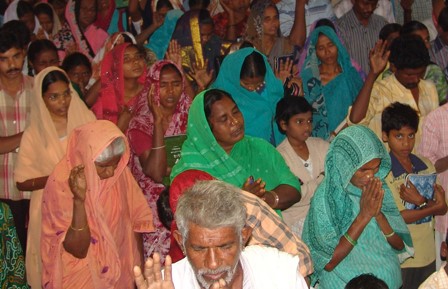 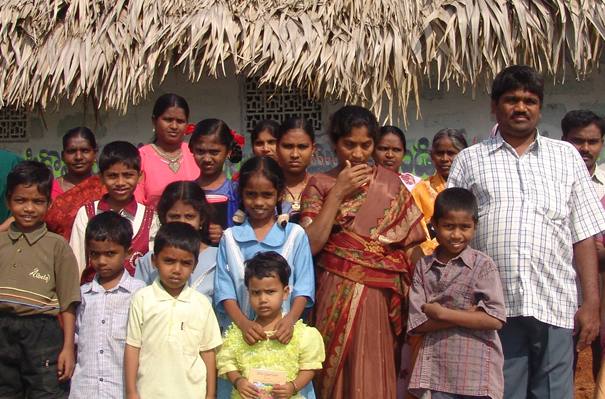 The development of Audio Bibles has also been an exciting one, bringing hope in unexpected ways.
John smiles: “On the last trip, I went out hoping to give these to as many unsaved people as possible. However, that first person that God directed me to was someone who had been a believer for 58 years but never had a Bible and was almost blind, she went off, hugging that thing as if had given her one million pounds. She must have been about 80 years old.”
Another UGM initiative is the Jonathan Boyd Home For Differently Able Children, which is set to open in Kerala and will be home to young people who have Cerebral Palsy. Residents will live in a place which will be as good, if not better, than those on offer even in Northern Ireland. Up to 15 young people will also attend the home during the day on a non-residential basis for treatment, education and care.
This project is particularly important to John, his wife, Grace and their surviving children, Catherine and Mark.
It is named after their late first son, Jonathan, who battled with a severe form of the condition, which left him unable to walk, talk or do anything for himself from birth until his death in September 1999.
John said: “Jonathan’s story inspires Christians to pray for our work and it is also a witness to those who are not believers. It keeps Jonathan’s memory alive – a living testimony. He may not have spoken a word when he was here but he is speaking now through what his life was. God can use this and people can get saved.”
John hopes to enlist a team of university aged young people who will go in India and be taught and mentored in the morning before going out to work at one of UGM’s projects in the afternoon. Potential leaders from that group may be responsible for leading teams of younger people on future expeditions.
For further details about how you could get involved, contact John on 02825 653070 or 07715418766. Email: oaklands16@btinternet.com. Alternatively, log on to the United Grace Mission website here.

DARE TO JUMP Into Rasharkin Presbyterian?